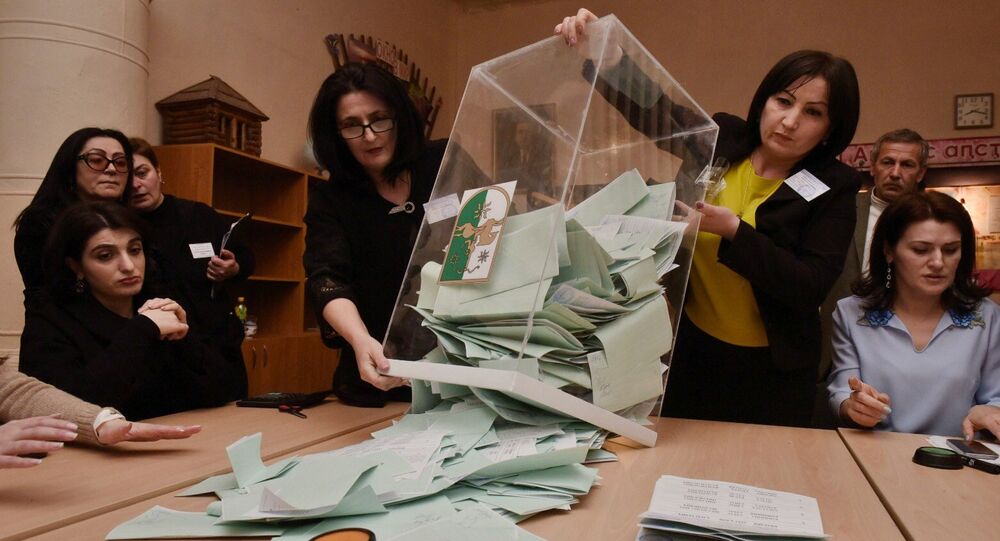 NATO did not recognize parliamentary elections held in the breakaway republic of Abkhazia on Sunday, organization's Secretary General’s Special Representative for the Caucasus and Central Asia James Appathurai said in a statement on Tuesday.

© Sputnik / Aleksey Nikolskyi
Abkhazian President Says Confident of Peaceful Conduct of Sunday's Elections
MOSCOW (Sputnik) — Appathurai stressed that NATO did not recognize the independence of republics of South Ossetia and Abkhazia and reiterated its support for the territorial integrity of Georgia 'within its internationally recognised borders", according to the statement.

"NATO does not recognise the election held on 12 March in the Georgian region of Abkhazia. This election does not contribute to a lasting settlement of the situation in Georgia," the statement said.

On Sunday, the first round of parliamentary elections was held in Abkhazia with 137 candidates competing in 35 single-mandate constituencies. The elections were found valid all over the republic.