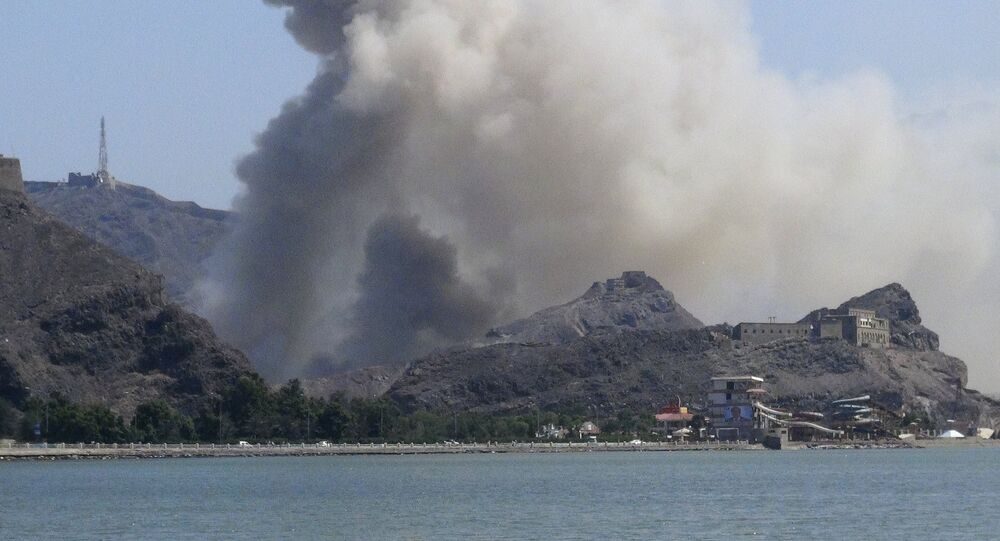 Russia expresses its concern over the plans of the Saudi-led coalition to storm Yemen’s largest port as it will cut off the country’s capital from humanitarian aid supplies, the Russian Foreign Ministry said Monday.

"The plans to storm Yemen’s largest port, Hodeidah, are extremely concerning. The fighting will not only inevitably lead to a mass exodus of the population, but will virtually cut off the capital of the country Sanaa from the routes of humanitarian supplies and food," Russian Foreign Ministry spokeswoman Maria Zakharova said in a comment published by the ministry.

According to the official, the humanitarian situation in Yemen "is becoming g more and more catastrophic," and "is rarely mentioned in Western media and NGO reports, basically being hushed up."

© AP Photo / Hani Mohammed
US Hit Al Qaeda in Yemen More in One Week Than Obama Did in One Year
"We are calling for an immediate cessation of hostilities regardless of the reasoning behind them. We are convinced that there is no military solution to the conflict in Yemen," she said.

The Foreign Ministry spokeswoman highlighted that the sides of the conflict should launch negotiations under mediation of UN Special Envoy for Yemen Ismail Ahmed to reach a ceasefire and discuss political settlement of the conflict.

Zakharova also mentioned an airstrike carried out by the Saudi-led coalition in Yemen's western town of Al Khawkhah on Friday that killed at least 26 people and injured many others. She pointed out that Daesh and al-Qaeda terrorist groups might use the whole situation to strengthen their positions in the country.