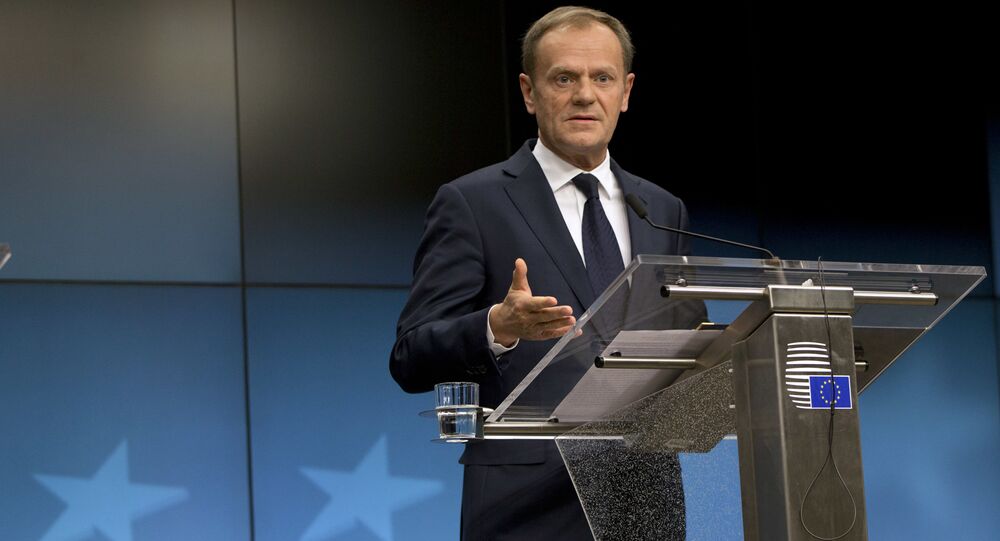 The cooperation between Warsaw and Donald Tusk, a former Polish prime minister who was re-elected European Council president last week, is possible when the emotions are reined in, Marek Magierowski, a spokesman for Polish President Andrzej Duda, said Monday.

MOSCOW (Sputnik) — The spokesman reportedly added that a meeting between Duda and Tusk was possible, but not in the near future, given tight schedules of both officials.

"I am convinced, that once emotions subside, then we can count on cooperation between presidents Tusk and Duda," Magierowski said, as quoted by Radio Poland.

According to the broadcaster, Magierowski said that the Polish president supported the candidature of Jacek Saryusz-Wolski for the president of the European Council, as he would be good "not only for Poland, but for Europe."

The spokesman reportedly said that Tusk did not have a vision for the future of Europe and represented only "the European elites."

In the run-up to the European Council election, the Warsaw showed little enthusiasm for Tusk's candidature, with Foreign Minister Witold Waszczykowski harshly criticizing the European Council president in January for his failure to facilitate Poland's active participation in the dialogue on Brexit consequences.