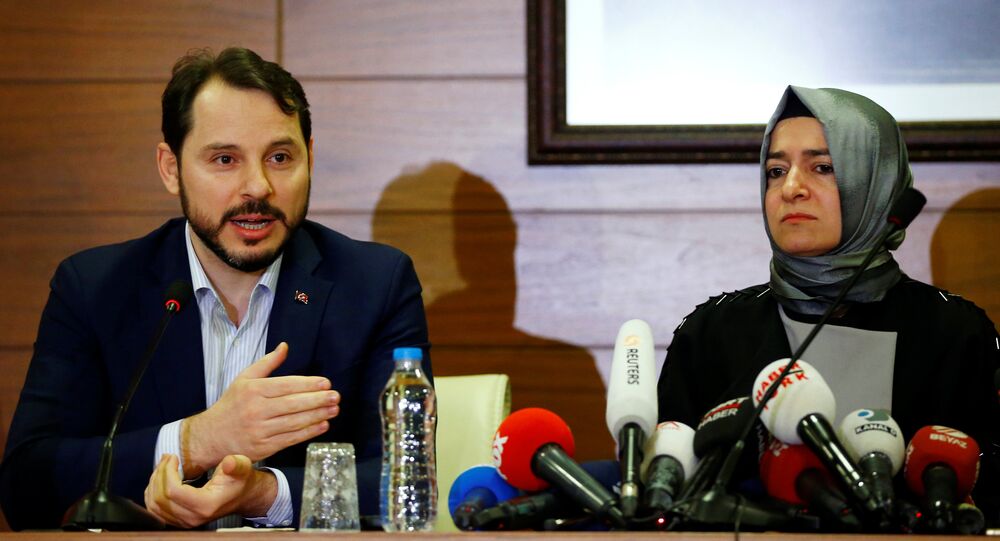 The Dutch authorities decision to deny entry for the Turkish officials is beyond the diplomatic ethics, Hikmat Hajiev, the Azerbaijani Foreign Ministry's spokesman, told Sputnik on Sunday.

© REUTERS / Yves Herman
'Unpredictable Situation': What to Expect From Dutch-Turkish Row
BAKU (Sputnik) — On Saturday, the Dutch authorities refused to let Turkish Foreign Minister Mevlut Cavusoglu land over security concerns, prompting sharp criticism from Ankara. The foreign minister had planned to hold a Turkish expat rally at the Turkish embassy in the run up to the constitutional referendum. On the same day, Turkish Family and Social Affairs Minister Fatma Betul Sayan Kaya was denied entry to the Turkish consulate in Rotterdam.

"These actions of the Dutch side grossly violate Vienna Convention on Diplomatic and Consular Relations. Such behavior is beyond the diplomatic ethics," Hajiev said.

Turkish President Recep Tayyip Erdogan threatened the Netherlands with reciprocal actions, while the Turkish Foreign Ministry said that the return of the Dutch ambassador, who is currently on holiday outside the country, was undesirable.

Turkish Family Minister Flies Back to Turkey After Netherlands Deportation