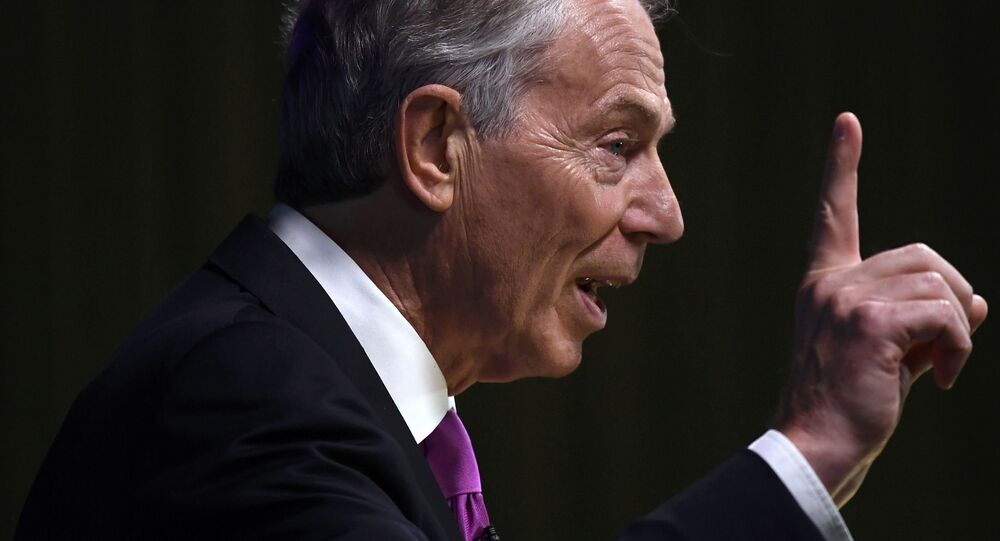 Former UK Prime Minister Tony Blair was branded "disgraceful" for attending the opening of a memorial to the British servicemen and women who died in the Iraq and Afghanistan wars. The Chilcot report, which was released in 2016, found that the Iraq policy was based on flawed intelligence and that the case for going to war was not satisfactory.

The national memorial was opened on March 9 and senior royals as well as politicians both attended the service.

However, the arrival of Tony Blair overshadowed the event and drew strong criticism from military widows, who had not been invited or even informed about the memorial service.

Rose Gentle, whose son Gordon was killed in Iraq, said in a recent interview that it was "disgusting" that Blair "would show his face at the memorial" held in memory of servicemen and civilians killed in Iraq and Afghanistan.

"The memorial is a lovely gesture and it's important to have something there for the families who have lost so much. But I think it's wrong that so many widows and families of killed servicemen were not invited or told about the memorial being unveiled," Ms. Gentle said.

The Iraq and Afghanistan Memorial has now been officially unveiled outside Main Building pic.twitter.com/3PpspwQ2E0

​Some families believe that the former PM shouldn't have been invited to the event and that his attendance was "shameful."

Reg Keys, whose son Tom was killed in Iraq, said that Tony Blair should not have been invited to attend, instead he should have "hung his in head in shame because he is personally responsible for those who were killed in Iraq and Afghanistan."

"It is disgraceful that families of fallen men and women were not invited, but the man responsible for their deaths was," Mr. Keys said.

"Blair should have done the honorable thing and not attended, especially in light of the controversy surrounding the findings from the Chilcot Inquiry," Mr. Keys added.

Blair was heavily criticized in the Chilcot report, put together by Sir John Chilcot, into Britain's part in toppling Saddam Hussein during the 2003 invasion of Iraq, which left the country completely destabilized.

As a result of the Iraq war, the conflict led to the deaths of 179 British soldiers as well as thousands of Iraqi civilians, whilst Tony Blair's reputation took a hit.

Other senior politicians in attendance during the opening of the memorial were former PMs Sir John Major, David Cameron and current PM Theresa May, along with other senior ministers.