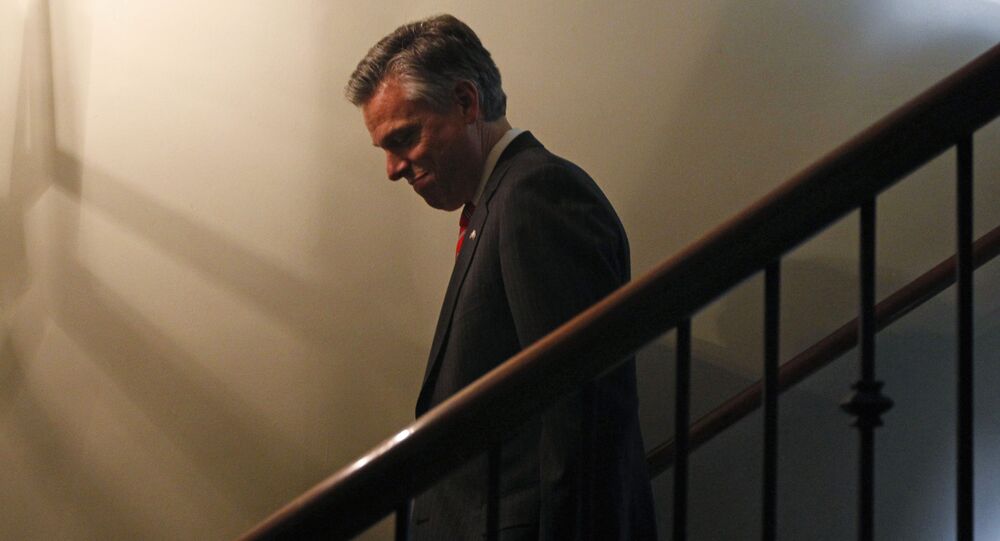 The New Face of US Diplomacy: Huntsman Will Be 'No Dove' to Russia

Commenting on President Trump's recent pick for the next US ambassador to Russia, Russian political analysts explained to Sputnik why they "see nothing good" in the upcoming appointment.

© Photo : Gage Skidmore
Change of Heart? Trump Ridiculed Russia Envoy Pick Huntsman When He Was Ambassador to China
On Wednesday, US media reported that former Utah governor and Obama-era ambassador to China Jon Huntsman accepted Donald Trump's offer to serve as the next US ambassador to Russia.

However the diplomatic posting to Moscow is expected to face particular scrutiny in light of ongoing claims that Russia attempted to meddle in US politics, reports of "repeated contacts" between Trump's campaign and Russian officials and following high-profile resignations and scandals.

If confirmed, Huntsman is set to become the face of US diplomacy in Moscow at a moment of strained relations between the two countries.

Commenting on the choice of the US president, Russian Senator Alexei Pushkov pointed to Huntsman's recent work as head of the Atlantic Council think tank, where criticism of Russia suggested that as ambassador Huntsman would, in his words, 'be no dove.'

The parliamentarian suggested that the US president is surrounding himself with people who do not want to improve relations with Moscow.

Meanwhile, Alexander Domrin, an expert in US politics and professor at the Moscow-based Higher School of Economics told Radio Sputnik that with the appointment Donald Trump wants to win over his opponents among the Republicans.

© AFP 2021 / PAUL J. RICHARDS
Trump's Pick for Russia Envoy 'One of the Better Choices President Could Have Made'
"Trump, in fact, is continuing his election campaign. He now needs to draw over the elite who were against him during his presidential campaign. And here we have Huntsman, one of the most obstinate Republicans and Utah is a state which voted against Trump," he explained to Sputnik.

The pick is a "hand outstretched to opponents in his own Republican party" for their support, he said.

However he further noted that his appointment will hardly contribute to the relationship between the two countries.

"I see nothing good for Russia in this appointment. Huntsman has never been noted for his positive remarks towards Russia. Moreover, he is a representative and an heir to one of the wealthiest dynasties and the largest chemical manufacturing companies – Huntsman Corporation," he added.

"I have no doubts that Huntsman's confirmation in the Senate will go off with a bang. However I think that for Russia, Thomas Graham would have been more preferable. He is a man who would have defended American interests, however would have tried to find a compromise. I don't think that Huntsman has the same ability to search for a compromise," he concluded.

© AP Photo / Matt Rourke
'Brilliant Guy': Ex-Utah Governor Huntsman Agrees to Be US Ambassador to Russia
Meanwhile, Alexey Fenenko, Associate Professor at Moscow State University’s World Politics faculty told Sputnik that Moscow well-remembers the anti-Russian rhetoric of Huntsman when the former governor was running for president in 2012, and the attitude towards him as an ambassador will be "protracted."

The political analyst noted that the choice of a former politician for a role of a career diplomat is not always a contributing factor to bilateral relations.

"There are a number of factors which could play against our relations. First, it is his election rhetoric. He was anti-Russian and Russia has not forgotten it, so, the attitude towards him will be quite relevant," he said.

Fenenko also suggested that Huntsman is more concerned about his future political career within the US rather than about his diplomatic mission.

"The thing is that a politician voices his thoughts a lot more freely than a career diplomat, thus he can afford more tough talking. Hence the choice of a former politician is not a good choice for bilateral diplomatic relations," he finally stated.