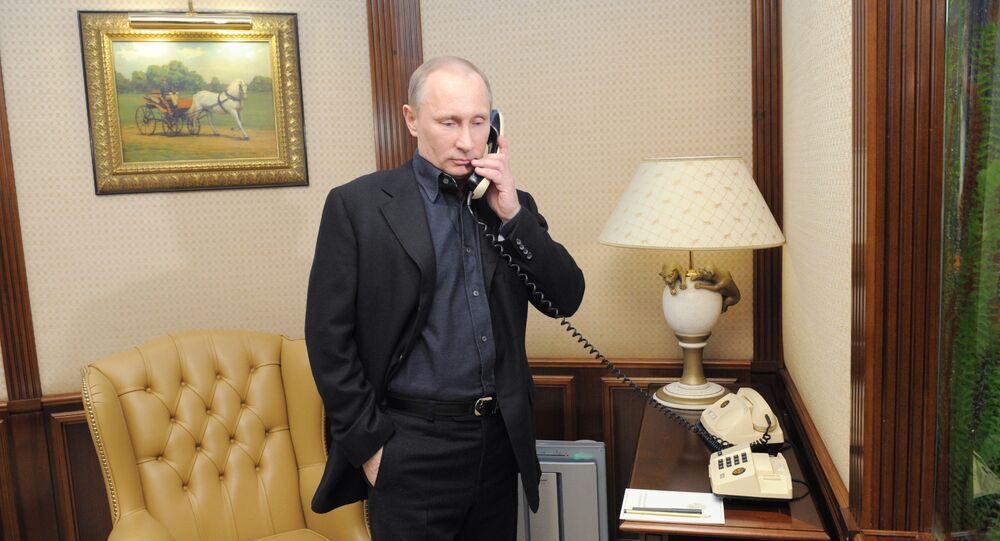 "We naturally turned our attention to these published data together with the entire international community. Of course they deserve attention and they must be carefully read," Peskov said.

The spokesman noted that the publication, however, revealed nothing new.

"As you know, in Washington they do not hide the fact that they actively wiretap Russian officials. They wiretap our Ambassador [Sergei] Kislyak and so on. No one is hiding this. Therefore, one does not need opening WikiLeaks, one could have guessed," Peskov noted.

© Flickr / Jamie McCall
Manual: How to Tell if The CIA Spies On Your Smart-TV
In interpreting the leaked documents, WikiLeaks said that the CIA used the US consulate in Frankfurt as a covert base for its hackers covering Europe, the Middle East and Africa. The hackers operating out of the consulate were receiving diplomatic passports and cover from the US State Department, according to the leaked documents.

"As far as reports on the CIA’s hacking arsenal, we saw them and read them of course … Speaking of facts, yes, we are forced to take into account everything that comes out," Russian Foreign Minister Lavrov told a press conference, in his turn.