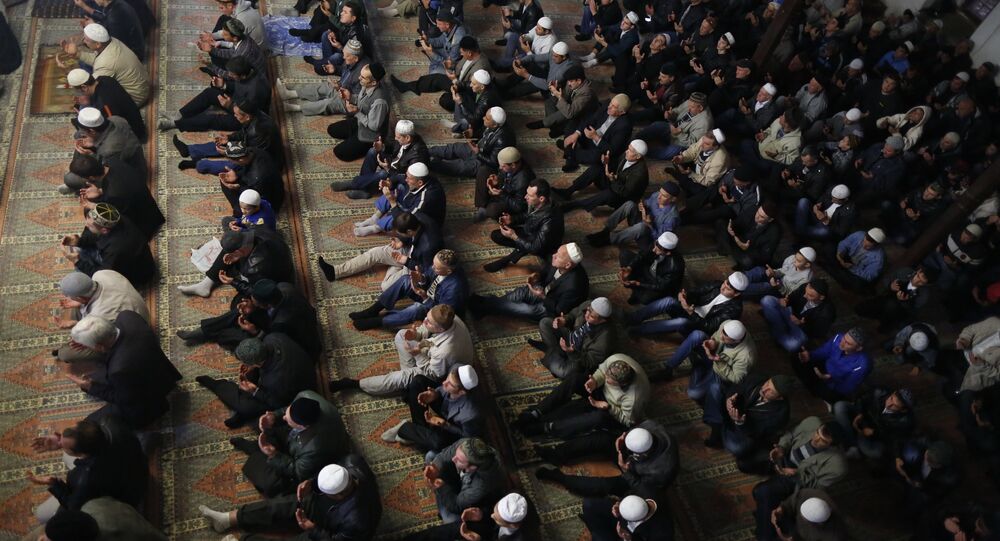 Ukraine failed to support its allegations that Russia discriminates Crimean Tatars with evidence, a deputy director of the Russian Foreign Ministry's Department for Humanitarian Cooperation and Human Rights, representing Russia at the UN International Court of Justice (ICJ), said Tuesday.

© Sputnik / Irina Gerashchenko
Russian Envoy Blames Kiev for Derailing Forces Pullout in Donbass
MOSCOW (Sputnik) — The lawsuit was lodged with regard to Russia’s alleged violations of the International Convention for the Suppression of the Financing of Terrorism of December 9, 1999 and the International Convention on the Elimination of All Forms of Racial Discrimination of December 21, 1965.

"Ukraine failed to provide first-hand evidence supporting its claims on ethnic intimidation," Georgy Lukyantsev said as part of the hearings on Ukraine’s lawsuit against Russia at the ICJ.

Lukyantsev also commented on Kiev’s statement that the Mejlis of the Crimean Tatar People, listed as an extremist organization in Russia, is the only association representing this ethnic group. According to the Russian legal representative, there are 30 other Crimean Tatar associations comprising 20,000 people. Apart from this, many of them disapprove of the Mejlis activities, Lukyantsev noted.

© Sputnik / Sergey Averin
Donbass Blockade: Kiev 'Exploiting Radicals' to Get More Funds From Western Partners
Crimea became a Russian region as a result of a referendum in March 2014 in which 96.77 percent of Crimean voters and 95.6 percent of Sevastopol citizens voted in favor of rejoining Russia. Moscow points out that the referendum was held in accordance with the international law.

In January, Kremlin spokesman Dmitry Peskov said that Crimea's status as part of Russia was not up for discussion or dispute.

The Mejlis of the Crimean Tatar People was banned as an extremist organization by the Russian and Crimean supreme courts in April 2016. Then-Attorney General of Crimea Natalia Poklonskaya initiated the ban accusing the Mejlis of the blockade of foodstuffs to the Crimean Peninsula.