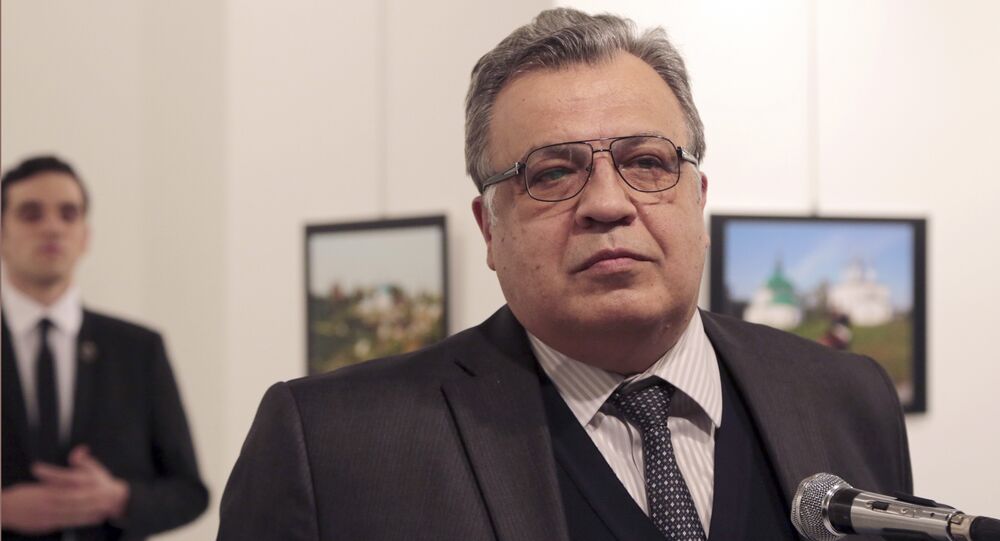 The Russian side does not oppose the request on the part of Turkish law enforcement agencies for the FBI's assistance in the investigation of the murder of Russian Ambassador to Turkey Andrey Karlov, a Russian law enforcement source told Sputnik Tuesday.

MOSCOW (Sputnik) — On Tuesday, the Sabah newspaper, citing a source in law enforcement agencies, reported that the Ankara prosecutor's office, which is investigating Karlov's murder, asked the US Federal Bureau of Investigation for assistance.

"Since the assassination of the ambassador, the Russian competent authorities immediately began to help Turkish colleagues in the investigation of this grave crime. If Turkish counterparts consider it necessary to seek assistance from the FBI, which may provide quick help in the investigation of this serious crime, it means that they need it to establish the truth. We believe this is expedient," the source said.

On December 19, 2016, Karlov was shot dead by Turkish off-duty police officer Mevlut Mert Altintas at the opening of an art gallery exhibition. Three more people were injured in the shooting. The gunman was killed at the scene by the police. The Russian Foreign Ministry said it considered the attack a terrorist act.