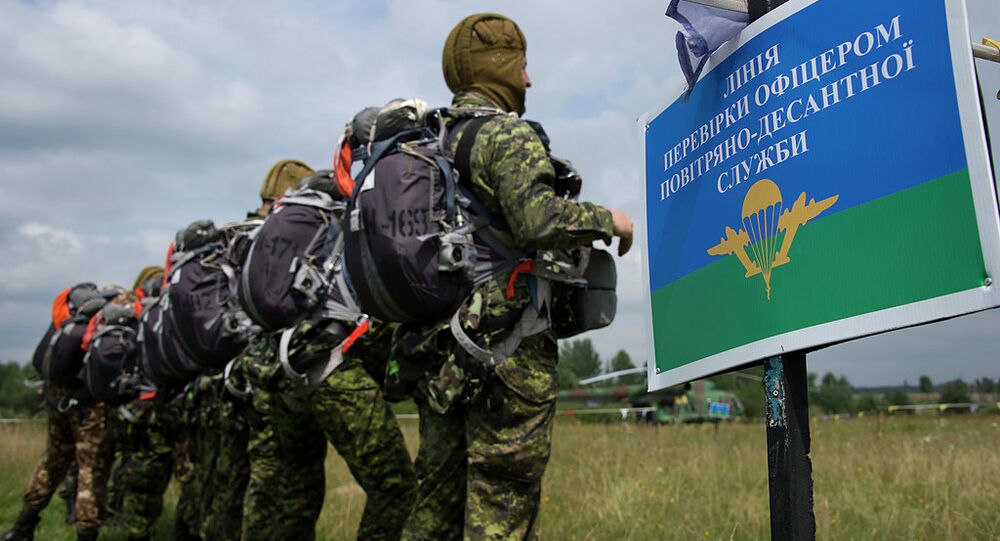 The Russian Embassy in Canada said that the Canadian government’s decision to extend its military mission in Ukraine was counterproductive.

WASHINGTON (Sputnik) — The Canadian government’s decision to extend its military mission in Ukraine is counterproductive and does not aid the political process, the Russian Embassy in Canada said in a press release.

“Canadian Government’s decision to extend the military mission in Ukraine is counterproductive and does not facilitate intra-Ukrainian political process, including direct dialogue between Kiev and Donbass, as prescribed by the Minsk accords,” the release stated on Monday.

The embassy added that Canada should pressure authorities in Kiev to reach a peaceful solution instead of pursuing military ventures, the release stated.

© AFP 2020 / Yuriy Dyachyshyn
Canada to Extend Training Mission Supporting Ukraine by 2 Years
Earlier on Monday, the government of Canada announced it will extend its military training mission in Ukraine until the end of March 2019.

Kiev launched a military operation against the self-proclaimed Donetsk People’s Republic (DPR) and the Lugansk People’s Republic (LPR) in 2014, when the two regions refused to recognize the new Ukrainian government that came to power in what they perceived to be a coup. The sides to the conflict continue to exchange fire, despite the ceasefire deal, reached in Minsk in February 2015 and brokered by the so-called Normandy Format comprising Russia, France, Germany and Ukraine.