Russia is calling on the sides to show restraint and think of negative consequences of a further escalation of tensions, the Russian Foreign Ministry said Monday in connection with North Korea's new missile launches. 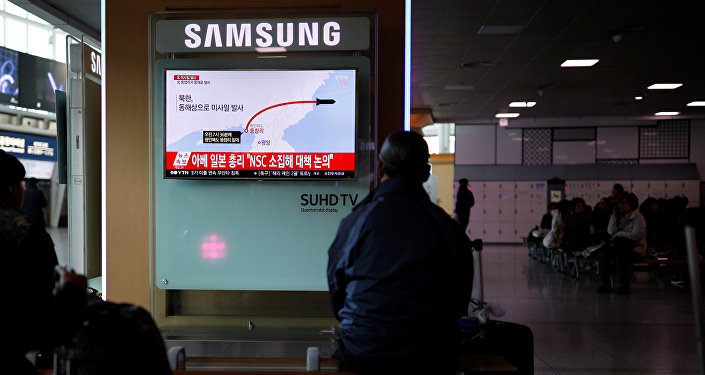 © REUTERS / Kim Hong-Ji
Japan Self-Defense Forces Find Assumed Fragment of N Korean Missile
MOSCOW (Sputnik) — The ministry said Moscow "is closely monitoring the development of the situation on the Korean Peninsula, which in recent days has become more intense as a result of a new missile launch by North Korea on March 6" 2017 and "the beginning of large-scale joint exercises of the armed forces of the United States and the Republic of Korea to practice offensive operations against North Korea."

"In the current conditions we are urging all parties involved to show restraint and seriously consider the negative consequences of further escalation for the regional security and stability," the statement said.

It said Russia was calling to boost efforts to solve the situation on the Korean Peninsula by political and diplomatic means.

Earlier in the day, North Korea fired four ballistic missiles, three of them landed in Japan’s exclusive economic zone, triggering negative reaction of Tokyo and its allies. The launch took place less than a week after joint US-South Korean military exercises in the region, which Pyongyang considered to be a preparation for an invasion.

The EU states, in particular France and Spain, as well as the United Kingdom China, Japan and South Korea expressed concern over the launch.