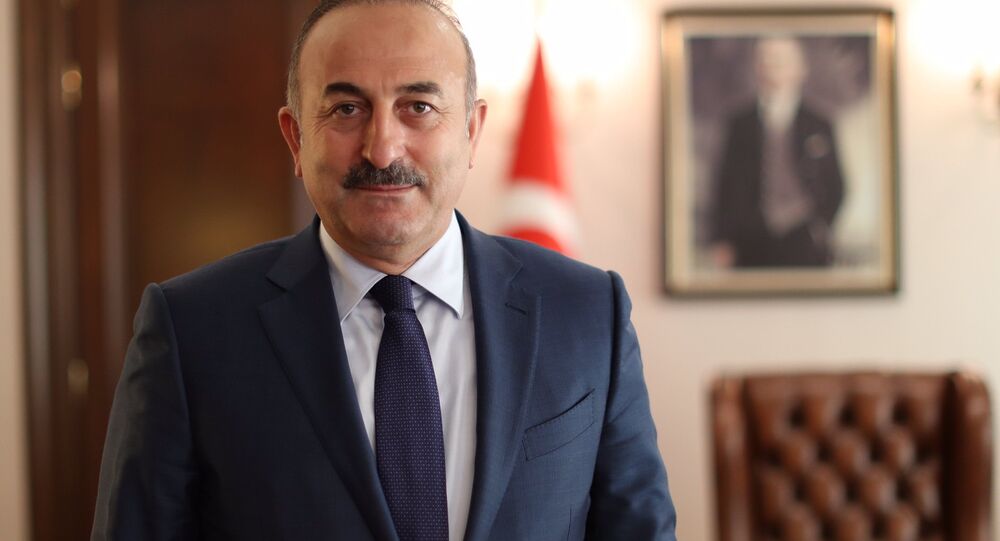 © AP Photo
Turkey Accuses Germany of Aiding Its Enemies
MOSCOW (Sputnik) — According to the Daily Sabah newspaper, the phone conversation late on Sunday took place upon request from the German side.

On Thursday, the authorities of Germany’s southwest city of Gaggenau withdrew the permission for Turkish Justice Minister Bekir Bozdag to address locally residing Turkish citizens, citing overcrowding concerns. Another event in Cologne, where Turkish Economy Minister Nihat Zeybekci was expected to speak on Sunday, was also canceled amid security concerns.

© REUTERS / Yasin Bulbul/Presidential Palace
Erdogan Compares German Authorities With Nazis
The cancellation of German rallies as well as Dutch opposition to a similar rally in Rotterdam angered Ankara, with Cavusoglu claiming nothing would hold Turkish officials back from meeting their people. He was expected to address the Rotterdam gathering on March 11.

Ankara is seeking support of its large expat community in Germany for a constitutional change that would expand powers of Turkish President Recep Tayyip Erdogan.