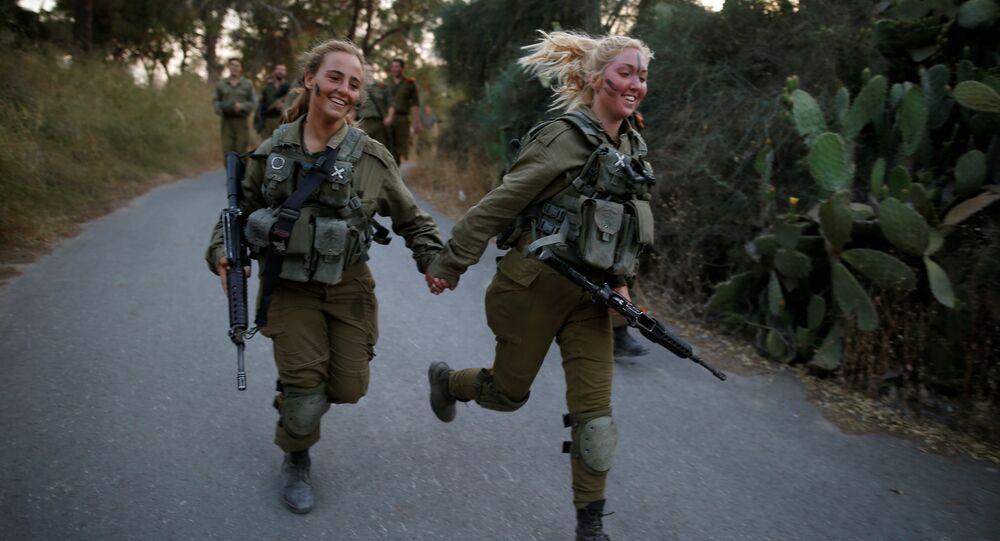 Should Israel convince Saudi Arabia and other key stakeholders in the Middle East to create an alliance targeted against Iran, the new military bloc would spell trouble for Riyadh and Moscow.

"Israel's proposal has put Saudi Arabia on thin ice," Konstantin Dudarev, an expert on the Middle East, told Vzglyad. Although the interests of Saudi Arabia and Israel coincide when it comes to Iran, both countries remain "to a certain extent in a state of war," he added.

In Dudarev's opinion, other Arab countries will not be happy with an alliance comprising Saudi Arabia and Israel.

"It would be better if the proposal was voiced by the United States. In recent years, rumors have surfaced that Saudi Arabia has been increasingly in touch with Israel with regard to Iran. However, it is unlikely that Riyadh will agree to an open alliance with Israel since it could lose its position of the leader of the Arab world and the entire Muslim world," he explained.

© AFP 2021 / Saleh Al-Obeidi
Trump's 'Middle Eastern NATO' Targets Iran, Poses 'Direct Threat' to Assad
These comments came after Israel's Defense Minister Avigdor Lieberman told Die Welt that "the time has come to create a formal alliance that would unite all moderate forces in the Middle East against terror." He was referring to Iran. In his view, moderate Sunni states understand that it is Tehran that poses the greatest threat to them, not Israel.

The new alliance, according to Lieberman, could be modeled after NATO. "A real coalition must have real obligations. Take a look at NATO. The alliance is built upon a principle that any country is ready to protect or be protected by other members," he explained.

© AFP 2021 / KHALED AL-SAYYED
'Bad at Any Level': Anti-Iran Bloc Would Boost Most Repressive Regimes in Mideast
The news was met with skepticism, with many analysts saying that Israel was behind the rumors, Vzglyad asserted. "Perhaps, Tel Aviv was hoping that Washington will come up with such an initiative, but it did not happen, prompting Lieberman to openly urge Arab countries to create their very own NATO," the newspaper said.

"The Gulf countries are increasingly afraid of Iran. Iranians are less wealthy and they are not as well-armed, but their army is more efficient and they are more flexible when it comes to diplomacy," he said, adding that such a bloc would likely fall apart due to internal discord.

Abbasov further said that an anti-Iranian military alliance would have an adverse effect on the security situation in the Middle East and create additional troubles for Russia's relations with the region.

"Iran is a real and lucrative economic partner for Russia. At the same time, working relations with the Jewish state are also important to Moscow. In addition, Saudi Arabia is also trying to court the Kremlin," the analyst said. This is why if such an alliance is established, Moscow will have to use all its diplomatic power to prevent a conflict from erupting, he added.

Russia Building Relations With Iran on Basis of National Interests