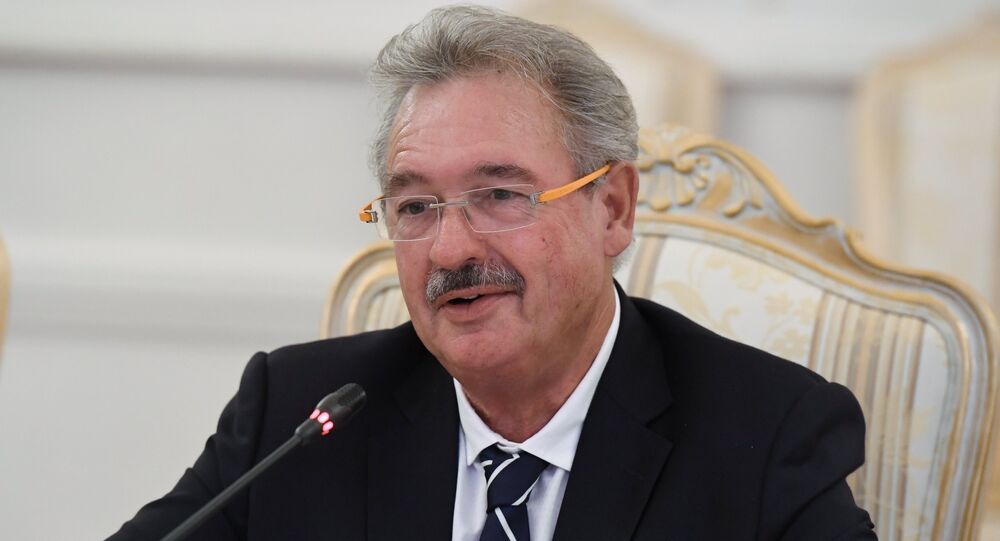 Luxembourg Foreign Minister: Poland Can Be EU Member No Longer

Luxembourg’s foreign minister has called into question Poland’s presence in the European Union, suggesting that under current leadership, Warsaw would not be allowed membership into the union if they applied today.

Luxembourgish politician Jean Asselborn said that Jaroslaw Kaczynski, chairman of Poland’s ruling Law and Justice party, wants to "create a right-wing conservative social order based on nationality," and claimed that Poland "no longer respects the Copenhagen criteria that the country had to meet before EU accession…The government in Poland is more and more involved in restricting the rule of law."

Asselborn told Die Welt, "We cannot accept the founding principles of the EU being violated," and, "[Those] who build fences against refugees like Hungary does, or who violate press freedom and judicial independence, should be excluded temporarily or forever from the EU."

There has been turbulence in the union since the UK voted to leave the continental body in June 2016, as Viktor Orban has decried Belgium’s eurocrats for their immigration policies.

While speaking at the Hungarian Chamber of Commerce and Industry earlier this year, Orban said that Budapest, "cannot risk changing the fundamental ethnic character of the country…That would not enhance the value of the country but downgrade it instead, and toss it into chaos," because healing the economy would require "ethnic homogeneity."

Orban, who was the only European leader to publicly support Donald Trump’s presidential campaign, added, "too much mixing causes trouble."

Hungary has also been the target of Asselborn’s criticism, with the politician calling for Budapest’s suspension from the EU in September 2016 for treating refugees like “animals” and violating the “core values” of the bloc.

Hungarian Foreign Minister Peter Szijjarto responded saying, "Only Hungarians have the right to decide who they wish to live with."

Asselborn is concerned about the rightward shift in European politics, and recently told German news outlet Der Tagesspiegel that politicians like France’s Marie Le Pen, who speak of breaking from the political establishment as a cover for right-wing nationalism, are bad for the region.

Referencing Trump’s "America First" policy, he said, "What (Le Pen) is promising cannot work. Their 'France first' mantra is all too similar to another motto we’ve have heard a lot of recently. But if we want to survive globalisation we need European cooperation and no isolation."

Struggling France Turning Into Threat for the Entire European Union