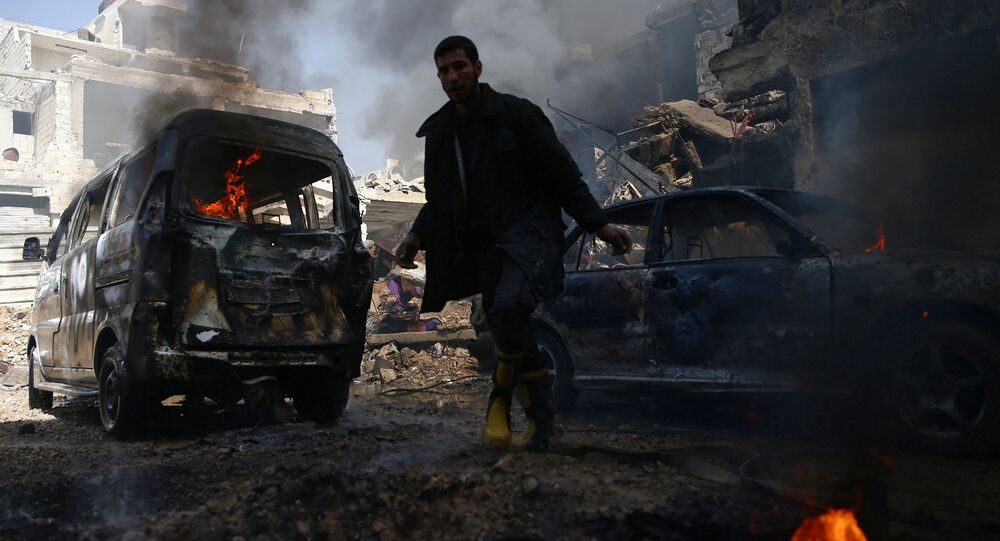 Cooperation of Russia and Turkey in Syria is aimed at peace establishment in the country, not only anti-terror fight, Turkey's President Recep Tayyip Erdogan's chief adviser Ilnur Cevik said Monday.

© AFP 2020 / POOL
Russian Officials Arrive in Geneva Which Hosts Syria Peace Talks
MOSCOW (Sputnik) — Russia and Turkey are guarantors of a nationwide Syrian ceasefire that came into force on December 30, 2016, and has been holding up in general, despite continued reports of violations.

"The Russian-Turkish cooperation in Syria is aimed not only at confronting Daesh, but first of all at restoring peace in Syria," Cevik said at a conference on Russian-Turkish relations.

Along with Iran, Russia and Turkey were also mediators of the two rounds of intra-Syrian talks that took place in Kazakhstan’s capital of Astana in late January and February.

On February 9, Russian Foreign Minister Sergey Lavrov and his Turkish counterpart Mevlut Cavusoglu discussed the implementation of the agreements related to maintaining the regime of cessation of hostilities in Syria, as well as the promotion of establishing productive negotiation process between representatives of the Syrian government and opposition on the Astana and Geneva platforms.