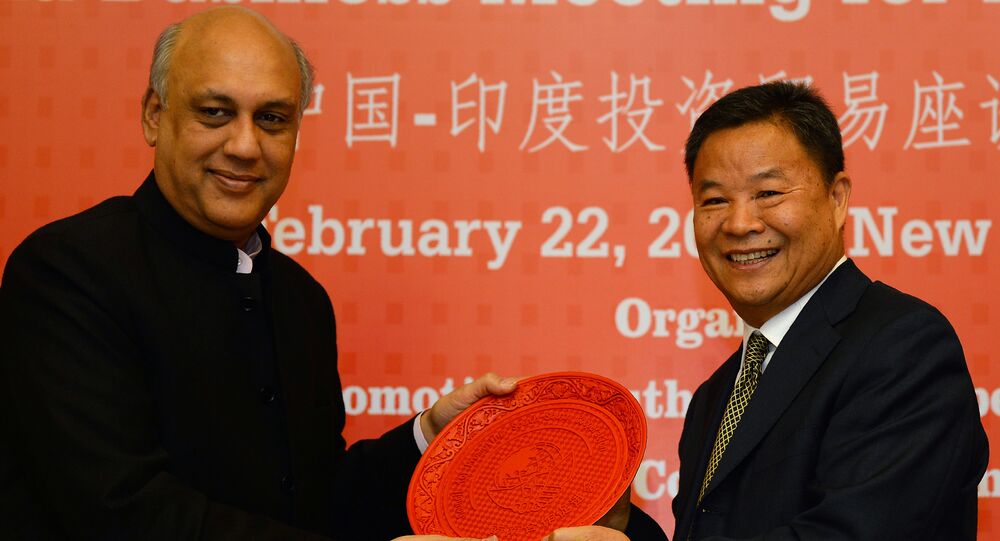 China and India have held the latest round of what they refer to as a strategic dialogue which is meant to help both countries "round off sharp edges" in the bilateral relationship overshadowed by unresolved disputes, differences over security issues and mutual mistrust, experts told Sputnik China.

Tatyana Shaumyan, an expert at the Institute of Oriental Studies of the Russian Academy of Sciences, pointed out that both sides will reap benefits if the new mechanism works as intended.

"Both countries remain extremely wary of each other despite the fact that they have increased the bilateral trade turnover and established closer political contacts on all levels. Historical experience is still a cause for concern," she explained. "The strategic dialogue reflects a wish to turn this historical page. Any mechanism that will allow both sides to understand each other, round off sharp edges and find compromise is useful."

Ren Yuanzhe, a ‎researcher at the China Foreign Affairs University, said that in recent years China and India have invested into several bilateral mechanisms, including high-level talks, think tanks and humanitarian contacts.

© AFP 2020 / Dibyangshu SARKAR
Indian Navy Pushes HAL for Unmanned Helicopters to Keep an Eye on China
"This is significant for the healthy and long-term development of state relations. The strategic dialogue is the highest-level mechanism in the bilateral relationship. It will encompass many areas, including politics, economics and culture," he said.

Ren Yuanzhe mentioned several points of contention between the two nations. These include different approaches to terrorism and counterterrorism, India's potential membership in the Nuclear Suppliers Group and border conflicts. The dialogue between the two countries is meant to reinforce mutual trust, he said, adding that China and India's mutual interests increasingly outweigh differences.

"China and India are staunch advocates of globalization. They are against trade protectionism," he said.

Jabin T. Jacob, a fellow at Institute of Chinese Studies, told Sputnik that the strategic dialogue is "probably designed as a means to implement all the various confidence-building measures in the relationship since it involves the bureaucrats."

© AP Photo / Biswaranjan Rout
Indian Navy Learning to Combat Chinese Submarines in Major Drill
"The Strategic Dialogue is an additional layer or opportunity for exchange of views besides the Special Representatives (SR) Dialogue," the analyst said. "However, in practice what has happened over the last couple of years is that the SR level talks which are at the highest level of political clearance have become non-functional" due to the lack of understanding at the highest level. "Such an understanding is missing at the moment given the poor state of bilateral political relations."

The latest round of the strategic dialogue between China and India was held on Wednesday, with Chinese Vice Foreign Minister Zhang Yesui and Indian Foreign Secretary Subrahmanyam Jaishankar co-chairing the event.