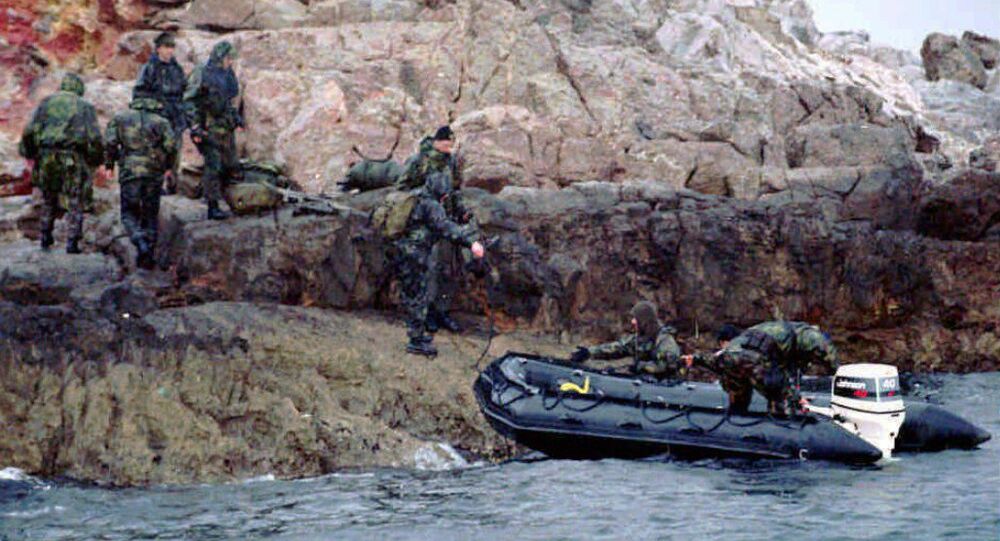 Greece will do everything to prevent Turkey from getting to its territory, Greek Minister of National Defense Panos Kammenos said Sunday, adding that Greece is ready to rebuff Ankara in case of any provocation.

ATHENS (Sputnik) — Earlier this week, Turkish Foreign Minister Mevlut Cavusoglu said that if the Turks wanted to get to the disputed Imia islets, known as Kardak in Turkey and located in the Aegean Sea between the Greek island chain of the Dodecanese and the southwestern mainland coast of Turkey, they would have done this.

"It will never happen that they [the Turks] set foot on the Greek islands. We will prevent it from happening. If they do it, let's see how they will escape… Any provocation will face counteraction," Kammenos said in an interview with the Skai TV channel.

© AP Photo / Oded Balilty
One Big Unhappy Family: NATO Big Spenders Turkey, Greece Clash Over 'Red Lines'
According to Kammenos, the Greek government does not respond to any verbal challenges, posed by Ankara, but it cannot keep silence when it comes to the national sovereignty. He added that such claims were oriented on Turkey's citizens, seeking to unite Turkish nationalists ahead of referendum on constitutional changes set for April.

Imia is a pair of two uninhabited islets. In 1996, a standoff during a Turkish-Greek cargo ship salvaging operation in the area nearly brought Athens and Ankara on the verge of an armed conflict. The European Union backed the Greek side on the Imia dispute and urged Turkey to refrain from any provocations.

© AP Photo / Mehmet Guzel
Turkish Coast Guard Vessels Enter Greek Waters Near Imia Island
The tensions around the islands renewed in January, following Greek refusal to extradite to Turkey eight servicemen, accused of involvement in the July 15, 2016 coup attempt, over concerns that they would not face a fair trial at home.

The July 2016 Turkish military coup attempt has been blamed by Ankara on exiled Islamic cleric Fethullah Gulen, who has been living in the United States since 1999, and his followers. Since July 2016, Turkey has arrested hundreds of military personnel, activists and journalists on suspicion of links with Gulen.