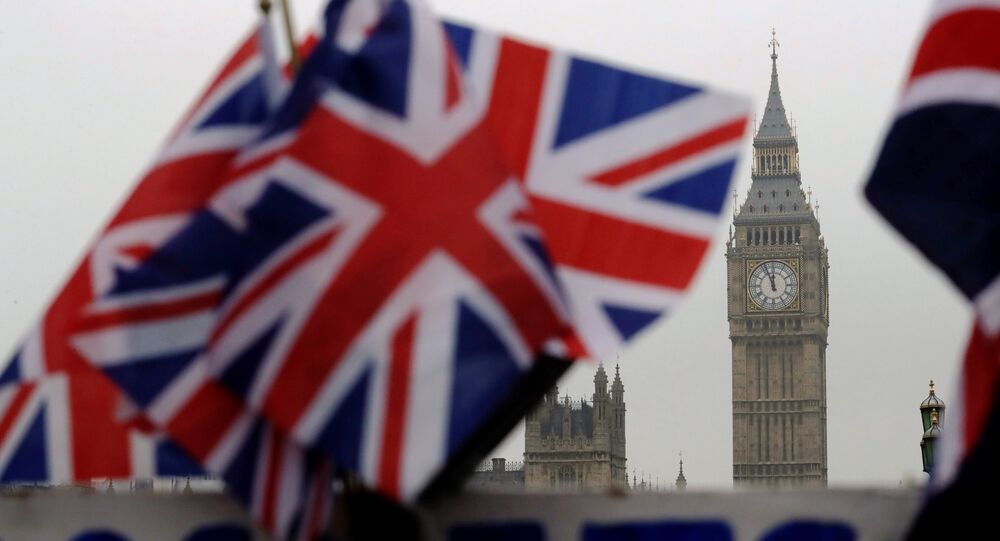 The UK House of Commons gave the green light to an amendment to the Criminal Finances Bill that would allow the authorities to freeze UK assets of foreign nationals implicated in human rights abuses. Political analyst Kira Sazonova told Radio Sputnik that the measure is another step in Britain's sanctions war against Russia.

"This is pure politization. It is impossible to do anything about it. The UK parliament has adopted a law. This is a measure within the law. A law is a law. However, what we are truly seeing is yet another step in the sanctions war against Russia. This is a manifestation of a foreign policy strategy through law," she said.

© AP Photo / Alexander Zemlianichenko
Presidential Prerogative: Which Anti-Russian Sanctions Can Be Lifted by Trump
These comments came after UK lawmakers voted to adopt the amendment that targets UK assets, including property, of foreigners who have been accused of committing "gross human rights abuses or violations." The measure, introduced in October 2016, is aimed at tightening control over illegal financial flows and simplifying the procedures for applying existing legislation in the fight against financial crimes.

The measure needs to be approved by the House of Lords to become a law.

"The thing is that Great Britain, as one MP said, is a haven for dirty money all over the world and the UK is trying to resolve this issue. This is evident from the title of the act. I'll give them credit for not mentioning Russia in the bill, although the quite explicit underlying message [of the amendment] is clear," she said.

© Sputnik / Ramil Sitdikov
German Businesses in Russia Pessimistic About Laxer Sanctions in 2017
Sazonova, an assistant professor at the Russian Presidential Academy of National Economy and Public Administration, was referring to an article authored by Conservative MP Dominic Raab, who said earlier this month that steps must be taken "to prevent Britain from becoming a haven for the blood money of dictators and despots around the world."

According to estimates, provided by the home affairs committee of the House of Commons last year, more than £100 billion (more than $124 billion) was laundered through British banks each year.

Sazonova suggested that the European Union and Canada could pass similar acts. The United States passed a bill on asset freezes of those accused of human rights violations in 2012, while Estonia adopted a similar law in 2016.