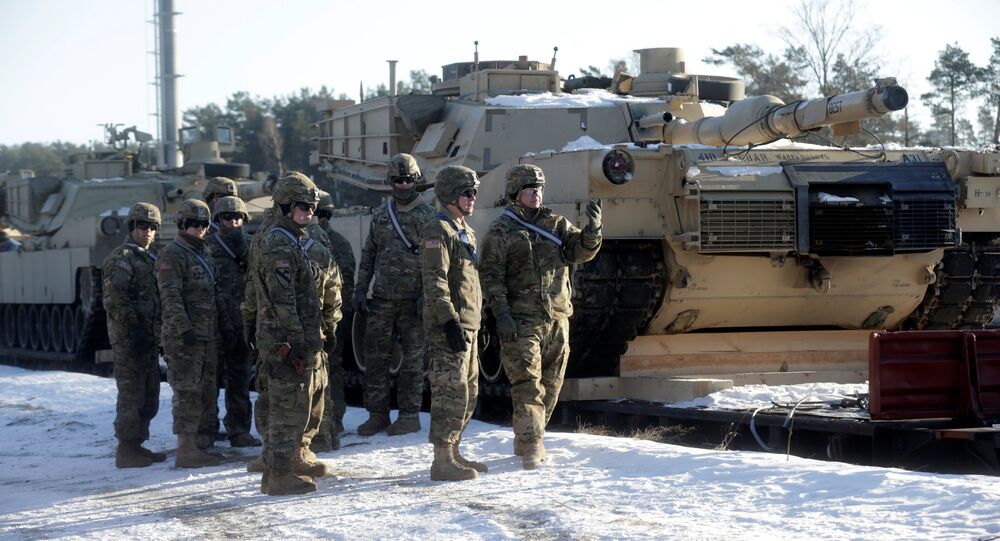 NATO 'Should Have Dissolved' Years Ago, But Chose 'Aggressive Expansion' Instead

The North Atlantic Alliance should have been disbanded after the end of the Cold War, paving the way for global disarmament and demilitarization, Jakob Reimann wrote in an opinion post for Der Freitag, adding that the bloc opted instead to pursue a path of "aggressive eastward expansion" which has sparked the risk of a conflict with Russia.

"With the collapse of the Soviet Union and the dissolution of the Warsaw Pact, NATO also became redundant from the military and strategic point of view and should have been dissolved along with the Soviet military alliance. There was a historically unique opportunity for global disarmament and the comprehensive demilitarization of the world … but NATO chose a different path," he said, describing the alliance's new strategy as an "aggressive eastward expansion to the borders of the old new enemy Russia."

Reimann then said that NATO's decision to invite more countries to join the bloc does not contribute to more security and peace in the region.

© REUTERS / Ints Kalnins
'Stop These Madmen': Germans Blast NATO Muscle-Flexing in the Baltics
"NATO's aggressive expansion has led to a highly dangerous militarization of Europe. It is also the main reason behind a risk of an open war with a Russia," he argued.

The North Atlantic Alliance has viewed its enlargement as an open-ended process, an alarming development for Moscow which has seen the expansion as posing a risk to security and stability in Europe and beyond. Russia has been particularly sensitive to NATO's increasingly close relations with Ukraine and Georgia.

Should Kiev and Tbilisi join the US-led bloc, this would constitute "a provocation and a threat to Russia's national security," Reimann observed.
The analyst maintained that despite its stated goals NATO is not focused on "protecting the free world or democracy." In his view, the bloc is "an aggressive imperialistic offensive alliance" whose expansion is not based on common values, but rather on geostrategic interests.

Relations between Moscow and the US-led military bloc have been further complicated by NATO's decision to deploy military hardware and troops to its eastern flank on a rotational basis in a bid to ostensibly counter a threat emanating from what they refer to as an "assertive" Russia. This is the bloc's largest military buildup in the region since the end of the Cold War.

© AP Photo / Oded Balilty
One Big Unhappy Family: NATO Big Spenders Turkey, Greece Clash Over 'Red Lines'
Moscow has insisted that the country does not pose a threat to its neighbors.

Reimann said that NATO's muscle-flexing in Eastern Europe and the Baltics has led to an "absurd" situation because "seventy-five years following the Nazi invasion of the Soviet Union German troops once again are stationed close to Russian borders."

Germany has been tasked with setting up and leading one of four battle groups deployed to NATO's eastern flank. The German-led battalion is stationed in Lithuania.