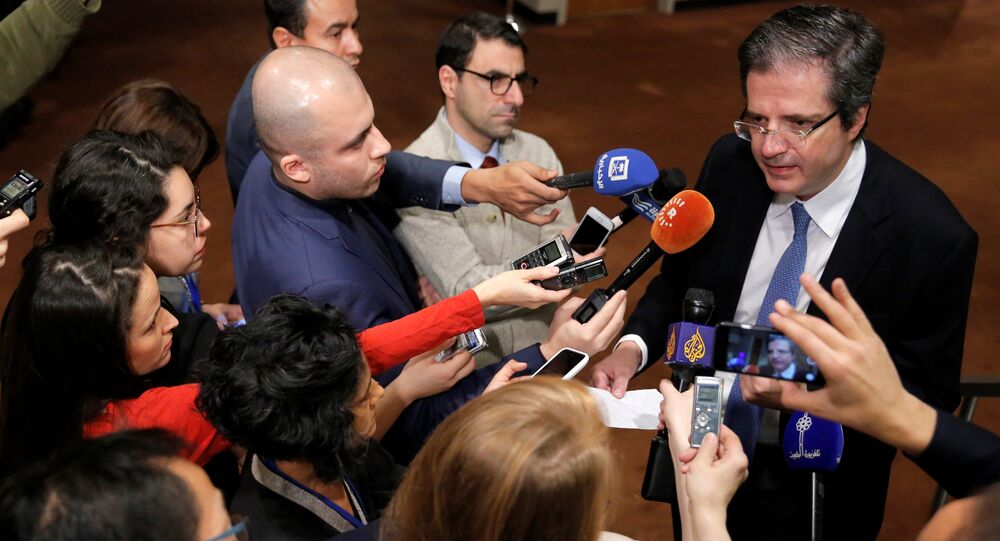 French Ambassador to the United Nations Francois Delattre says that France hopes to achieve consensus among UN Security Council members related to a draft resolution on the use of chemical weapons in Syria.

UNITED NATIONS (Sputnik) — France hopes to achieve consensus among UN Security Council members related to a draft resolution on the use of chemical weapons in Syria, French Ambassador to the United Nations Francois Delattre told reporters.

Delattre said one of the main goals of the draft resolution is to prevent such actions from happening in the future. Voting on the draft unanimously, he added, would send a powerful message.

Russian Deputy Ambassador to the United Nations Vladimir Safronkov said the proposed draft was one-sided and violated the principle of presumption of innocence by prejudging investigation results. He added Russia is ready to put a veto on it.

At the end of 2016, France and the United Kingdom submitted a draft resolution to the Security Council calling for sanctions against those found guilty of using chemical weapons in Syria.

Moscow: Escalating Issue of Chemical Weapons Use in Syria Harmful to UNSC Work