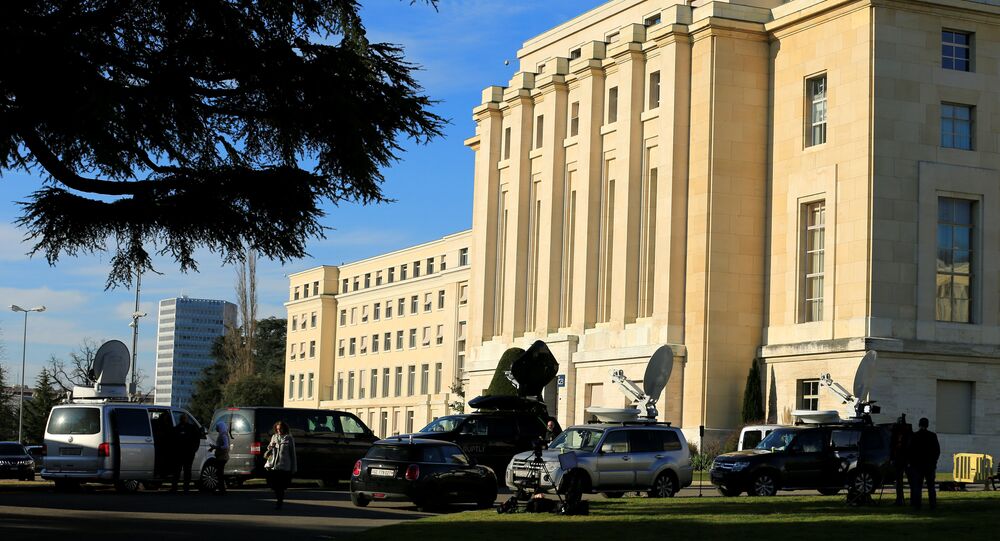 The Syrian Cairo opposition intends to meet with the High Negotiations Committee delegation to discuss unification of the two groups' views on the political transition.

"We can meet with the HNC later today. We will discuss unification of our vision of political transition. This is our intention, but de Mistura is also urging us to do so," Suleiman said.

"We hope that there will be a single, but not unified, delegation. We shall create committees for negotiations with the Moscow and Cairo groups to find common approaches … At the moment, the atmosphere is positive. There is progress in the negotiations process," Mhameed said.

The HNC is trying to bring the positions of the negotiating sides closer to each other and it is against any military solution to the Syrian conflict, Mhameed added.

"We demand a political solution and the HNC is against military hostilities, as it will not lead to the real solution to the Syrian conflict," Mhameed explained.

According to the negotiator, the process of political transition envisages the creation of a transitional ruling body, decentralized administrative system based on local councils, which will include the representatives of all segments of the Syrian society — Kurds, Arabs, Turkomans, and Assyrians.

Member of the High Negotiations Committee (HNC) delegation Yahya Aridi also told Sputnik ahead of the HNC meeting with Cairo group that chances that opposition delegations at the intra-Syrian talks in Geneva will be unified are high.

"Yes, that's true," Aridi, who is also a representative of the HNC coordination body, said, asked whether the HNC and Cairo group are going to talk about forming a unified delegation of opposition later on Friday. "There is a high possibility," he added, asked about what the chances for a joint delegation are.

Earlier on Friday, UN Special Envoy for Syria Staffan de Mistura met with the Damascus delegation and the opposition High Negotiations Committee (HNC) delegation to discuss the format and the work plan for the intra-Syria talks that were officially launched in Geneva on Thursday.