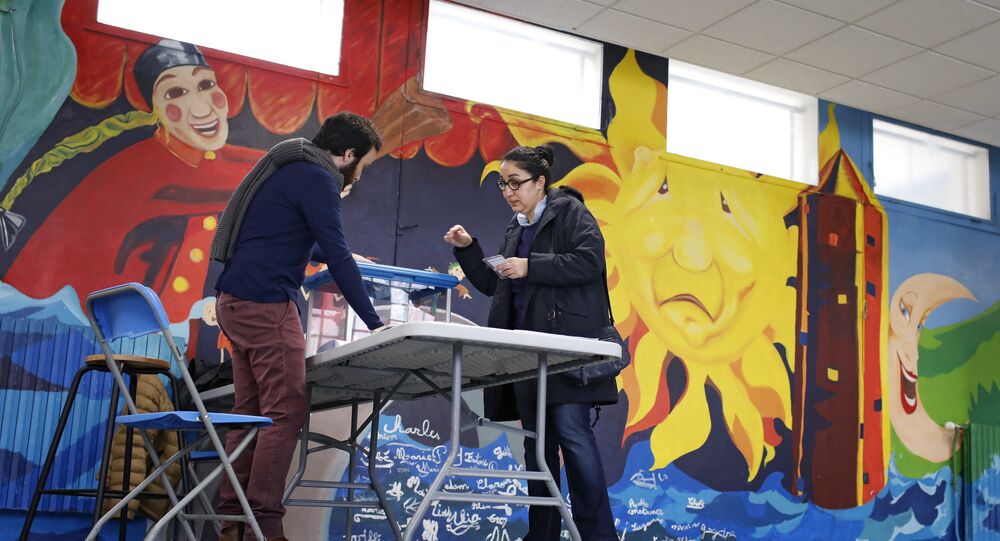 Sputnik International is tracking the fortunes of France's presidential candidates ahead of the upcoming elections in April, with a dynamic infographic based on poll results conducted amongst the French public.

© REUTERS / Axel Schmidt
'Everyone Can Be Compromised': Political Scandals as the Main Tool of Recent Electoral Campaigns
The infographic, which shows the current public sentiment, includes open data from polls conducted by three major research companies, IFOP, IPSOS and OPINIONWAY, as well as social media data from Brand Analytics. The data is currently updated every week, but from April 10 to 23, as the race hots up, the figures will be updated daily.

With the help of Sputnik International, everyone will have all the information on the French presidential election at their fingertips, and will be able to assess the chances of the presidential hopefuls by themselves.

OpinionWay conducts daily polls in France to determine the potential outcome of the election. The representative sampling consists of 1,500 people over the age of 18 who are on the voters' lists.

Ifop is polling a group of 1,500 people representative of the French population over the age of 18.

The sampling breaks down the population by sex, age, occupation and location.

Brand Analytics estimates the data based on the analysis of social media posts in France.

Ifop is the oldest French institute that has been working with marketing research and public opinion polls since 1938.

Ipsos Comcon is part of Ipsos Group, an international company with branches in 87 countries, and is the third largest opinion research cmopany in the world.

Brand Analytics is an analytical center for customer behavior studies and public opinion polls, as well as a social media analysis system under the same name.

OpinionWay, an institute for marketing research and public opinion studies, has been established since 2000.

Poll: Some 65% of French People Want Fillon to Withdraw From Presidential Race