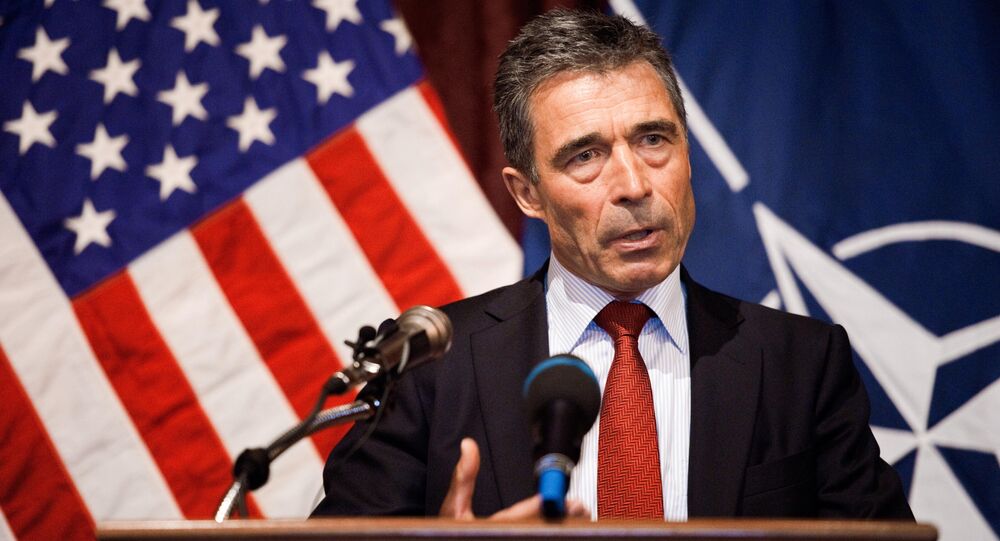 MUNICH (Sputnik) — The former NATO chief described Washington as the only player within the alliance that had enough military strength to ensure that NATO could pursue its policies.

"Of course, if Trump were to reduce his engagement in NATO, it would be dangerous, it would undermine the credibility of our alliance. If the United States will not keep up their commitment then NATO is dead. And for that reason I don't think they will," Rasmussen said on the sidelines of the Munich Security Conference.

In his Munich speech, US Vice President Michael Pence vowed the nation’s unwavering commitment to the alliance, months after then Republican nominee Donald Trump called NATO obsolete and warned of a US pullout if European allies did not pay their fair share.

© AFP 2020 / Petras Malukas
Why NATO Members 'Won't Need' to Comply With Pentagon's Ultimatum
Pence reiterated Trump’s demand that EU nations meet their commitment of contributing 2 percent of their gross domestic product to defense, but said the Trump administration would always have faith with them as they do with Washington.

On Wednesday, US Defense Secretary James Mattis threatened to cut US defense commitments unless all NATO members met the spending target. New US President Donald Trump criticized the alliance on numerous occasions during his election campaign, calling it obsolete and vowing to make all members pay their fair share.