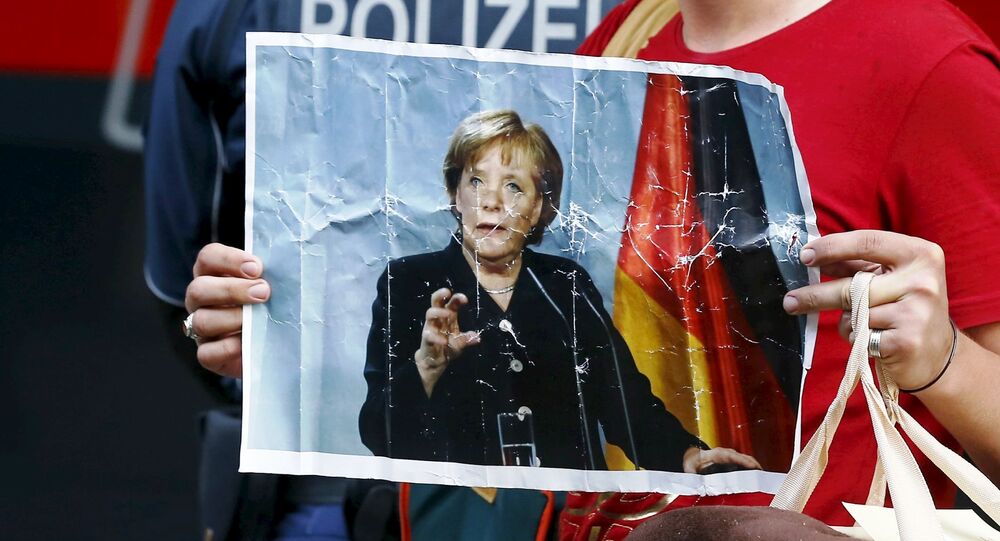 The German Die Linke (The Left) party will continue its fight for the strict separation between the state and any religion, including Islam, amid Muslim Brotherhood's potential attempts to establish Sharia law in Germany, Juliane Nagel, representing the party in Germany's eastern Saxony state parliament told Sputnik.

BELGRADE (Sputnik), Victoria Mladenovich — On February 4, the president of the Saxony department of the German domestic security and anti-terrorist service BfV, Gordian Meyer-Plath, said that the Islamist organization is seeking to establish Sharia law in Germany.

“We believe the Muslim Brotherhood could try to establish Sharia law in Germany, but we do not believe they will prevail. In Germany there is a strong constitution on which our society is based on, guaranteeing equal human and civil rights for everybody… We will continue to fight for the strict separation of the state and any religion,” Nagel said.

© AFP 2021 / TOBIAS SCHWARZ
Germany's Loyalty to Saudi Arabia Means 'It Supports Islamists in MidEast'
She added that the state authorities "should analyze the situation and observe any real threat [posed] by the Muslim Brotherhood efficiently."

Speaking to Germany’s MDR broadcaster, Meyer-Plath drew attention to the fact that the eastern part of Germany lacked Muslim associations which would offer their services to newly arrived Muslims and help them integrate into the society, while western Germany had many of them.

Nagel agrees that the best way to undermine fundamentalists' positions is to support democratic Muslim groups in Germany, however, at the moment in the country still there are “no sufficient structures to prevent young Muslims from radicalizing,” according to the lawmaker.

“Of course they should have their rooms and mosques, also in Saxony. The Islam is part of Germany now, like other religions… Terrorism can only be eliminated by cutting its societal roots. Instead of putting Muslim life under general suspicion we should try to foster cohabitation,” Nagel noted.

Muslim Brotherhood is transnational Sunni Islamist organization formed in Egypt in 1928. The group which is currently active in about 70 countries presents itself as a democratic force, yet is banned in several countries including Egypt, United Arab Emirates, Saudi Arabia and Russia as terrorist organization.

Germany’s Muslim population is estimated by the Federal Office for Migration and Refugees at between 4.4 and 4.7 million, or up to 5.7 percent of its general population.