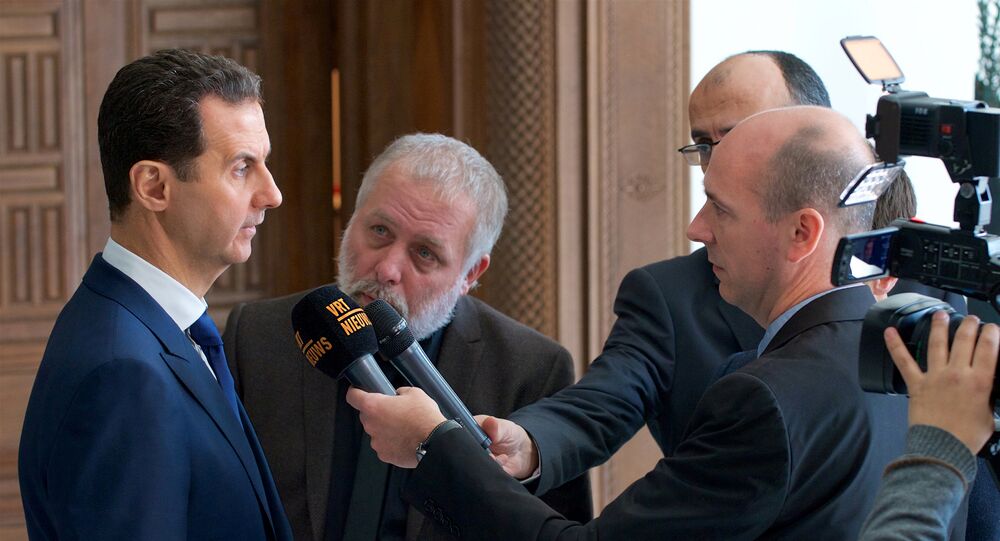 Syrian President Bashar Assad said Thursday he was completely against the visit of the Amnesty International observers to the country.

PARIS (Sputnik) — On February 7, Amnesty International issued a report accusing the Syrian authorities of killing 13,000 people at the Saydnaya prison.

The Amnesty International has been criticized for bias and lack of evidence in its reports. In December 2016, Russian Foreign Ministry’s spokeswoman Maria Zakharova said the materials the organization used while compiling its reports lacked "a deep expert analysis" and could not be called the actual data.

"No, we will not let Amnesty come here. Under no circumstances and for no reason," Assad told the Europe1 radio station in an interview.

It is a matter of national sovereignty, the Syrian president added.

"Would you agree that the Syrian delegation come to you to examine the reasons why under the presidency of, firstly, [Nicolas] Sarkozy, then [Francois] Hollande, the army attacked the Libyans and killed tens or hundreds of thousands of them?" the president replied, when asked of the possibility of observers' visit.