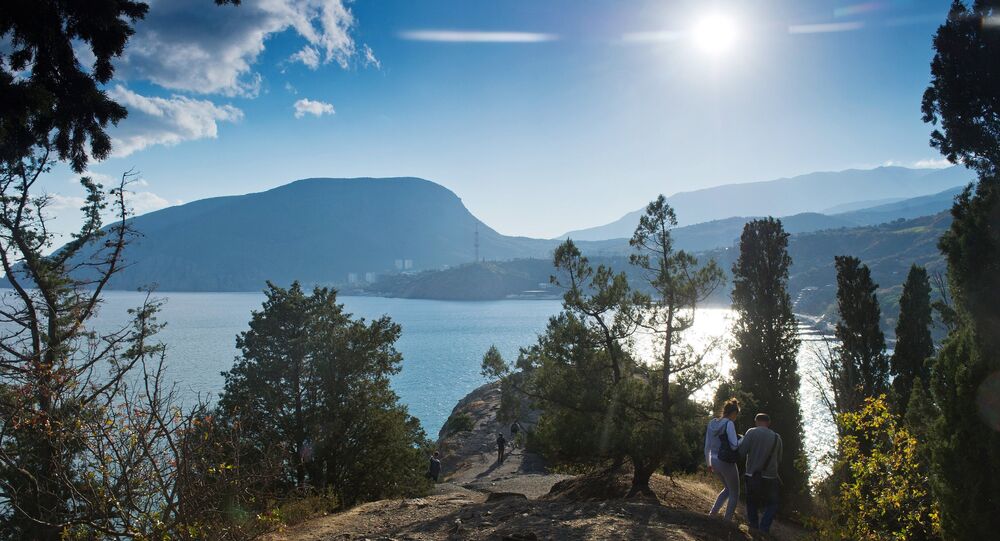 Russia is unwilling to consider returning Crimea to Kiev and won't debate the matter with anyone, including the US, Kremlin spokesman Dmitry Peskov said Wednesday.

Russian President Vladimir Putin, in his telephone conversation with US leader Donald Trump on January 28, did not address the issue of Crimea, Kremlin spokesman Dmitry Peskov added.

"No, [the issue] was not raised," Peskov told reporters.

On February 14, the White House spokesman said that US President Donald Trump expects Russia to "return Crimea" to Ukraine.

© Sputnik / Vasiliy Batanov
US Remarks on Crimea 'Cool Inflated Expectations' With Trump - Senior Russian Lawmaker
During the election campaign Trump claimed he would "consider" recognizing Crimea as part of Russia following the referendum in the peninsula, adding that the Crimeans wanted to live in Russia.

Commenting on the White House statement, Russian Foreign Ministry spokeswoman Maria Zakharova said that Russia does not intend to return Crimea to Kiev.