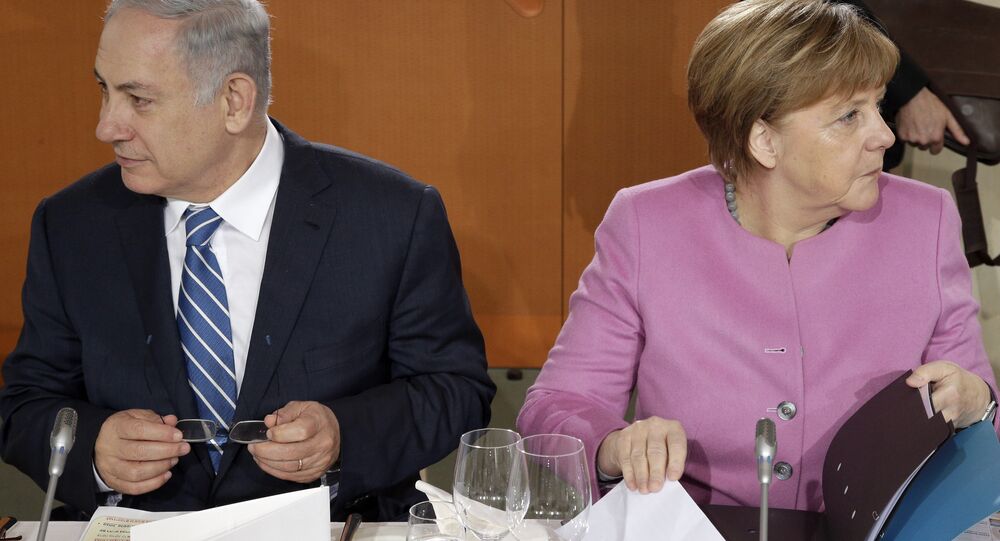 Citing upcoming elections, German Chancellor Angela Merkel has cancelled a joint summit with Israeli officials scheduled for May, but elements within Berlin and Jerusalem are claiming that Israel’s recent vote to expand its settlements in the West Bank is the real cause for the cancellation.

German national security adviser Kristof Heusgen informed the office of Israeli Prime Minister Benjamin Netanyahu of the postponed meeting just days after the Knesset passed the "Regularization Law", according to Haaretz, even though the German elections won’t be held until four and a half months after the summit in September.

One Israeli spokesman told Deutsche Welle that the summit was canceled due to a "variety of international appointments within the context of the German presidency of the G20."

Israeli President Reuven Rivlin also denounced the decision, saying that Israel could be "seen as an apartheid state" as a result of the vote.

"Sovereignty over the states needs to happen collectively, for all its citizens…It can't be that in one area of land these are separate codes of law for Israelis and non-Israelis." he said.

The controversial bill was passed in early February and retroactively legalizes the homes of nearly 4,000 settlers. Soon after the vote members of the Palestinian Liberation Organization (PLO) decried the decision as a way to "legalize theft", pointing out that "Israeli settlement enterprise negates peace and the possibility of the two-state solution," and that "the Israeli government's will to destroy any chances for a political solution."

A Germany Foreign Ministry spokesman condemned the decision saying, "Many in Germany who stand by Israel and feel great commitment toward it find themselves deeply disappointed by this move," and "Our trust in the Israeli government's commitment to the two-state solution has been fundamentally shaken." according to Haaretz.