French presidential candidate Emmanuel Macron was the target of hundreds of cyberattacks, more than his competitors in the presidential race, far-right candidate Marine Le Pen or left-wing hopeful Jean-Luc Melenchon, according to media reports. 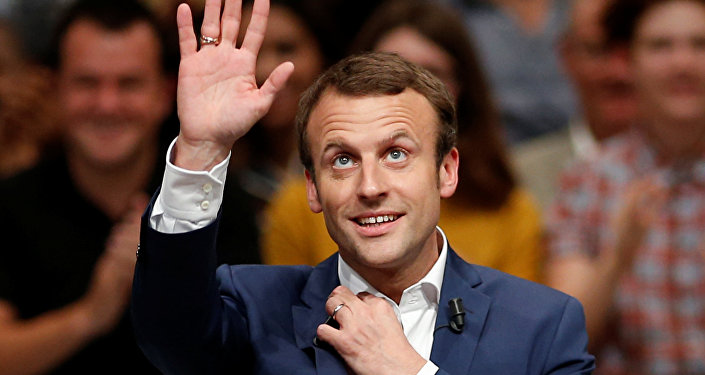 © REUTERS / Benoit Tessier
Macron's Lead in 2nd Round of French Presidential Election May Be Challenged
MOSCOW (Sputnik) — French presidential candidate Emmanuel Macron ramped up the cybersecurity of his En Mache! party because of the increased number of attacks on the movement's computers, French media reported Sunday.

According to a member of Macron's team, cited by Le Journal du Dimanche newspaper, the presidential nominee was the target of hundreds of attacks, more than his competitors in the presidential race, far-right candidate Marine Le Pen or left-wing hopeful Jean-Luc Melenchon.

"We are applying the best practices. The server of our site is not linked to the internal network, databases or mails. Everything is compartmentalized," Mounir Mahjoubi, former head of the French Digital Council, who now works for Macron, said as quoted by the news outlet.

The attacks reportedly began in November and have intensified since then.

"We are under Russian cyberattacks," one of the people close to Macron's campaign was quoted as saying.

Mahjoubi reportedly said that while "there is no doubt about frontal attacks" by RT and Sputnik media outlets, it was hard to say where the other attacks came from.

German Chancellor Angela Merkel said in 2016, she could not rule out that Moscow would attempt to sway German parliamentary elections in 2017.

Moscow has repeatedly denied allegations of its involvement in cyberattacks on foreign governments and expressed disapproval of using such reports to influence election campaign.

Washington has also accused Russia of using its media outlets, including RT and the Sputnik news agency, to influence the outcome of November's US presidential election. The claims took up a significant part of US intelligence report published in January amid the Democratic Party hacking scandal. The report claimed Russia attempted to swing the election in favor of US President Donald Trump. Trump said the election outcome was not affected by anything related to Russia, while Moscow dismissed the claims as absurd.