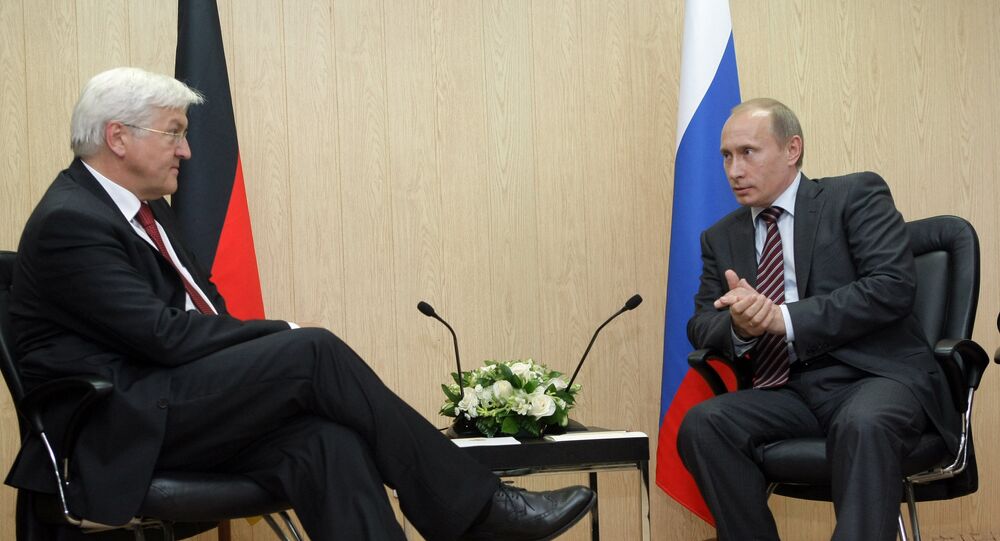 The Russian leader expressed hope for a constructive dialogue in a congratulatory telegram to new German President Frank-Walter Steinmeier.

MOSCOW (Sputnik) — Russian President Vladimir Putin sent a congratulatory telegram to Frank-Walter Steinmeier on Sunday, elected earlier in the day the president of Germany, inviting him to visit Russia at his convenience and expressing hope for the continuation of the constructive dialogue, the Kremlin's press office said.

"Vladimir Putin confirmed his commitment to the continuation of constructive dialogue on the topical matters on bilateral and international agenda and invited Frank-Walter Steinmeier to visit Russia at his convenience," the statement read.

© REUTERS / Fabrizio Bensch
How Does Germany Elect Its President?
The Russian president also expressed certainty that the actions of the new German president would "facilitate the development of the Russian-German relationship, productive cooperation in different spheres benefiting the interests of both countries within the framework of the strengthening of the stability and security in Europe and across the world."

Steinmeier is set to assume office on March 19.

The candidature of Steinmeier, nominated by the ruling coalition, was supported by 931 members of the country's Federal Convention, which is a special body consisting of 630 members of the Bundestag and of the same number of representatives of Germany's states.

Steinmeier, 61, stood down last month to seek presidency after 77-year-old Gauck said last June he would not run for the second term, citing old age. His term expires on March 17.

Most Germans Expect Steinmeier to Fare Well as President