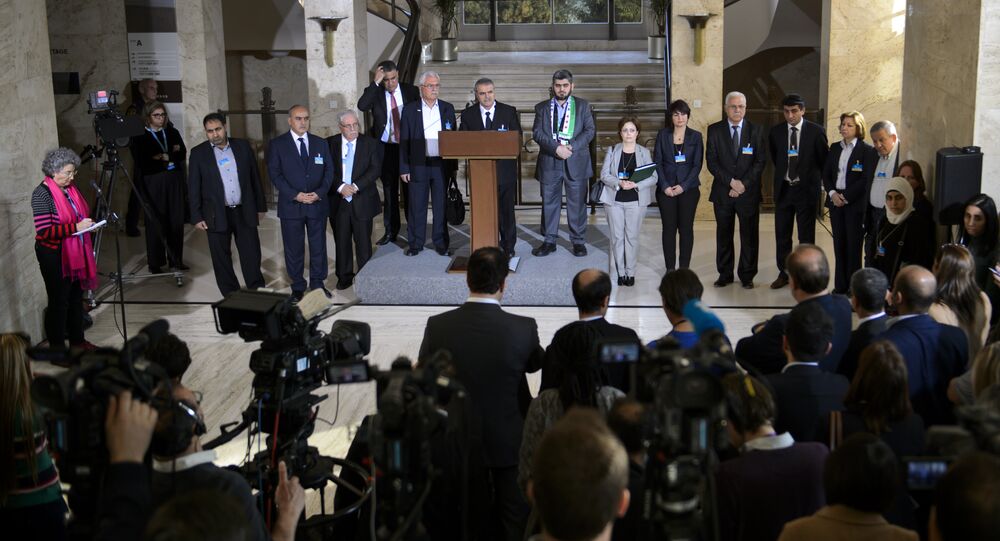 © REUTERS / Pierre Albouy
Kurds to Be Included in Joint Opposition Delegation at Geneva Talks - HNC Spokesman
CAIRO (Sputnik) — The Syrian opposition High Negotiations Committee (HNC) included a member of Cairo group in its list of the delegates for the February 20 settlement talks in Geneva without consulting the group itself first, a member of moderate Syrian opposition Cairo platform told Sputnik on Sunday.

© AFP 2020 / LOUAI BESHARA
Saudi-Backed HNC Says if Syrian Opposition Groups 'Echo What Assad Wants', They Are His Backers
Khalidi added that the Cairo group would like to settle this question at the meeting of all opposition groups, but the Riyadh group had not responded to that initiative.

If Syrian Opposition Groups 'Echo What Assad Wants', They Are His Backers - HNC