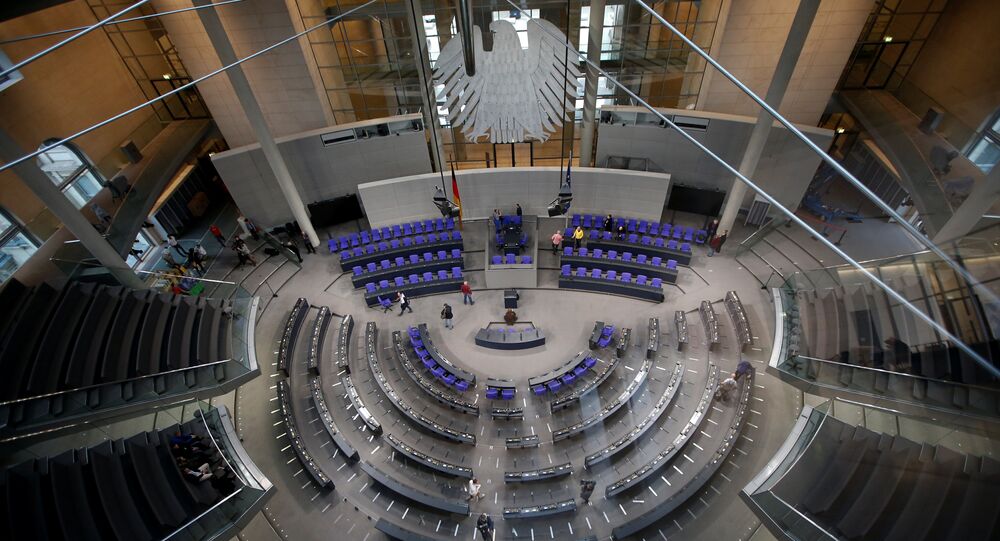 How Does Germany Elect Its President?

MOSCOW (Sputnik) — The federal president is the head of state in Germany. He or she is elected without debate by the Federal Convention specially convened for this purpose, under the 1949 German Constitution.

Candidates must be German nationals, at least 40 years old and eligible to vote in elections to the federal parliament, the Bundestag. The term of office is five years. Reelection for a consecutive term is permitted only once.

© Sputnik / Alexander Vilf
Most Germans Expect Steinmeier to Fare Well as President
The national constitution prohibits the federal president from being a member of the government or of a legislative body of the federation or of a state, holding any other salaried office, or engaging in any trade or profession, or belonging to the management or supervisory board of any enterprise conducted for profit.

The Federal Convention consists of members of the Bundestag and an equal number of members elected by the parliaments of the lands on the basis of proportional representation.

The 1959 Presidential Election Act stipulates that any member of the Federal Convention can submit a nomination of their presidential candidate in writing to the president of the Bundestag. New nominations can be made for the second and third rounds of voting.

© AFP 2019 / Tobias SCHWARZ
New German FM Presents Continuity for Russia As Steinmeier Heads for Presidency
The proposals should include only the information required to characterize the nominee. It is mandatory to enclose a written consent of the person nominated for the post of president.

The Presidium of the Convention verifies that the nomination complies with the law. The Federal Convention takes decisions to reject nominations.

The voting is held using sealed official ballots. A ballot paper containing a name of a candidate who has not been officially approved for the elections will be considered invalid.

The president of the Bundestag informs the elected person about election results and allows them two days to give their agreement to take the post. If the elected candidate fails to submit the confirmation during this period, the candidacy is considered rejected.

The new federal president takes office when their predecessor’s term of office expires, but not before the president of the Bundestag receives the winner’s consent to take office.

On assuming office, the federal president takes an oath before the assembled members of the Bundestag and the Bundesrat, the chamber of the national parliament representing states.