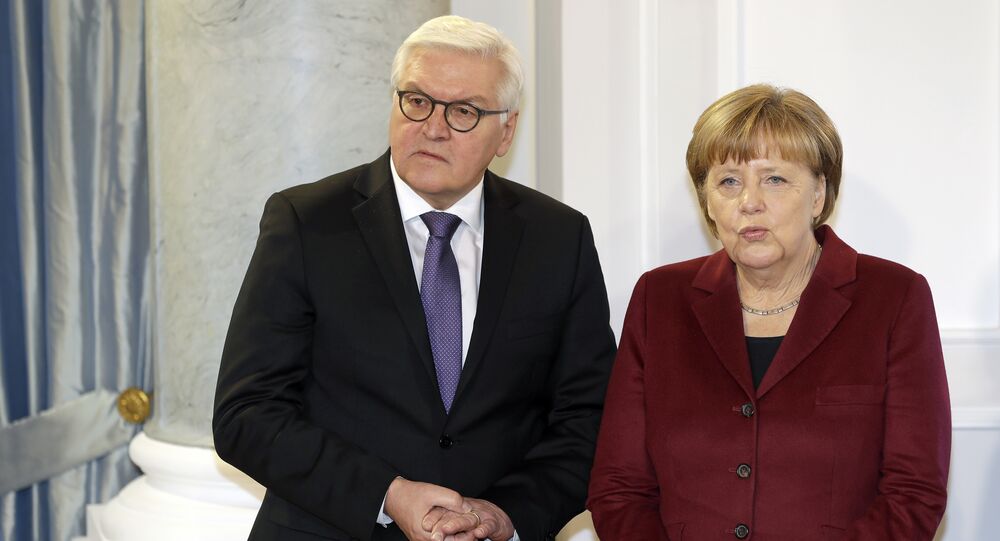 Frank-Walter Steinmeier, former German Minister of Foreign Affairs and a leading Social Democratic Party figure, is due to be elected as German President on February 12. Mr. Steinmeier runs unopposed, and a German politics expert has told Sputnik this may well be a result of political machinations on the part of Chancellor Angela Merkel.

© Sputnik / Alexander Vilf
Former German Foreign Minister Frank-Walter Steinmeier
In stark contrast to the US Presidential Election, which bitterly divided the US population, Mr. Steinmeier's ascension to the Presidency of Germany is certain to be a much more low-key affair. Perhaps this is attributable to the manner in which German Presidents are elected, and the power they wield.

In respect of the former, Presidents are not elected by popular vote. Instead, they are elected by members of Federal Convention — a 1,260 member assembly, comprising 630 German MPs, representatives of Germany's 16 states, and cultural figures (this year's convention features the trainer of the nation‘s football team, comedians, authors, a drag queen and a woman whose father was the first victim of an attack by neo-Nazi terrorist group the National Socialist Underground) — in secret ballots. To become President, a candidate must secure at least 631 votes.

Chancellor Angela Merkel's Christian Democrats and their allies, the Christian Social Union, along with junior coalition member SPD, back Mr. Steinmeier, meaning he has the implied support of over 900 national and state lawmakers — his election is surely a shoo-in.

On the campaign trail, the former Foreign Affairs Minister sought to distance himself from the current wave of right-wing populism sweeping world politics, stating his aim as President would be to act as a "counterweight" to the current "tendency towards boundless simplification." He directly lashed out at US President Donald Trump, dubbing him a "hate preacher," and also aimed brickbats at Marine le Pen and Geert Wilders. 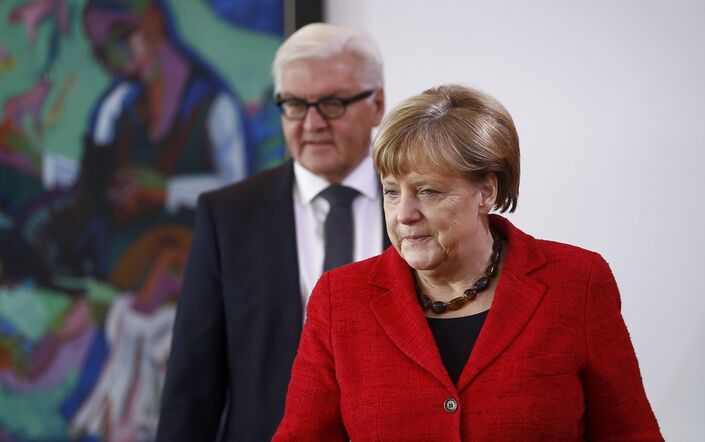 In describing his vision as President, Mr. Steinmeier said "mutual respect, strengthening democracy, taking a broader view, tolerance and solidarity" would inform his term. However, some may question how, given the role is in essence a formal one — a German President's powers are largely restricted to inking treaties and signing laws, and while they theoretically can veto unconstitutional legislation, in reality this is a rare occurrence.

As Patricia Hogwood, a reader in European Politics at the University of Westminster explains, after World War Two, the German people were very keen to screen out the President from any real day-to-day decision making due to their experiences in the Weimar period. Then, the roles of President and Prime Minister were ambiguous, with both having a role in decision making. This lack of clarity often produced political inertia, and it was the frequent deadlock in German politics that inadvertently assisted Hitler's rise to power.

"When the constitution was rewritten in the late 1940s, they were very clear on this point — the President's role is largely procedural, with no role in executive decision making. The German President's role is in stark contrast to the French President's, for instance," Ms. Hogwood told Sputnik.

What makes the election significant, however, is the prospect of Mr. Steinmeier's candidacy being the product of anxious political maneuvering behind the scenes by Chancellor Merkel.

Typically, all major parties in Germany are expected to put up Presidential candidates, but this time the CDU and CSU struggled to decide upon one or more. While this was commonly regarded as a failure on their respective parts, Ms. Hogwood suspects there are deeper things afoot.

"It wouldn't surprise me if Chancellor Merkel decided she'd rather not face Mr. Steinmeier in any leading position in the September elections, for the Bundestag. If she hadn't sidelined him to the Presidential channel, he may have been the SPD's leading candidate, and she might've found that rather difficult given how popular and respected he is. She's done this before, with Christian Wulff, a young candidate seen as a rival to her in the CDU. She'd rather see rivals in this role than a political role that could unseat her," Ms. Hogwood added.

Still, despite the ostensible impotence of the position, Mr. Steinmeier's bipartisan popularity in Germany could mean his tenure ends up being a noteworthy one.

"He could influence day-to-day German politics, even if indirectly. Some of the most renowned German Presidents have taken on a special role as the nation's conscience. Germans still struggle with guilt over the past, and different Presidents have helped them get over that in different ways. Perhaps Steinmeier won't be such an invisible President — perhaps he will make a mark on German people," Ms. Hogwood concluded.