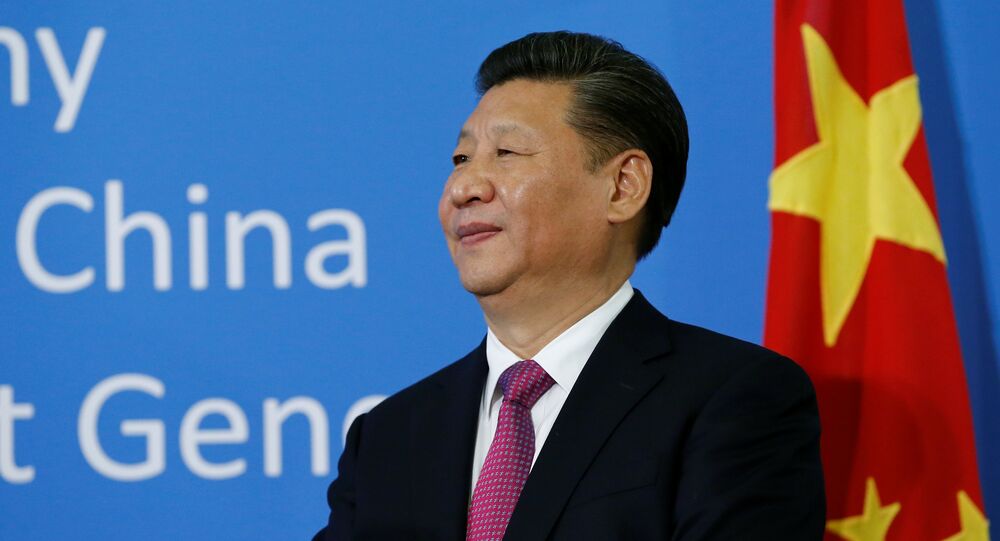 Chinese leader Xi Jinping praised on Friday US commitment to "One China" police and expressed readiness to cooperate with the United States in trade and investments during the phone conversation with President Donald Trump.

BEIJING (Sputnik) — The Chinese leader welcomed Trump's statement on US supporting the "One China" policy, adding that such a principle was at the political basis of Beijing-Washington relations.

"A good state of Sino-US relations corresponds to the vital interests of the populations of the two countries… We are ready to work with the US side to strengthen mutually beneficial cooperation in trade, investment, energy, infrastructure construction, and to enhance contacts and coordination on regional and international issues, to jointly maintain international peace and stability," XI said, as quoted by the China Central television (CCTV).

After Chinese Nationalist forces were defeated by Mao Zedong’s Communists, the Nationalist government moved to Taiwan in 1949. Since then, Beijing has viewed the self-ruled, democratic island as a breakaway province. The United States, along with many other countries, does not recognize Taiwan as a sovereign nation and sticks officially to the "One China" policy, but has kept informal relations with the island after severing diplomatic ties with it in 1979.