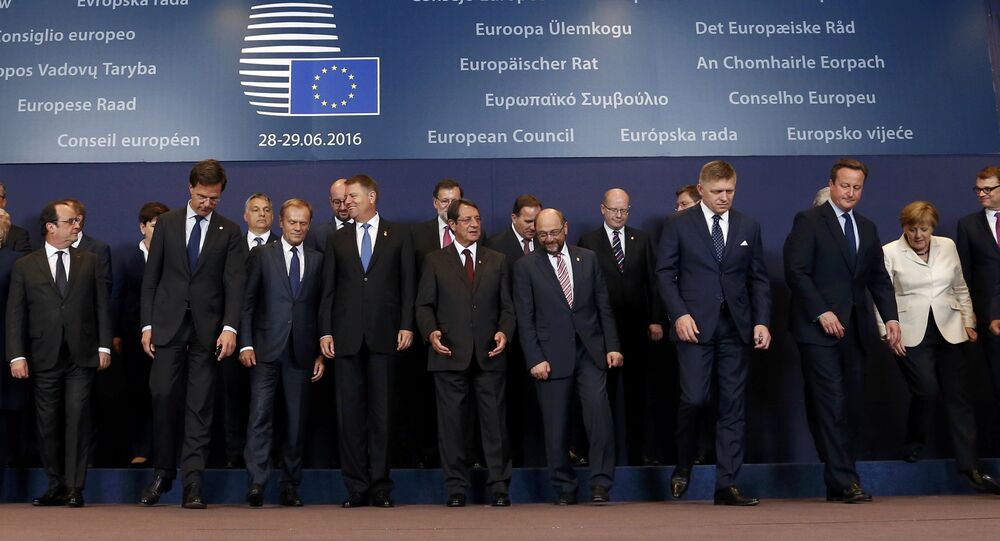 The need to save the European solidarity is the only driving force behind the promotion of the policy of sanctions toward Russia and the Europeans realize the lameness of such policy, Russian Deputy Foreign Minister Aleksey Meshkov told Sputnik.

MOSCOW (Sputnik) — According to the deputy foreign minister, the Europeans understand that these sanctions have only promoted the development of Russian domestic technologies.

"Europe has lost billions and several hundreds of thousands of jobs due to the sanctions. That is why the only thing still keeping these sanctions is a point about the necessity to save the European solidarity. It is strange when the solidarity is reflected through something negative rather than something positive. In any case, in our bilateral contacts with the Europeans, we constantly hear that they realize the lameness of sanctions," Meshkov said.

© AFP 2020 / JOHN THYS
Russia's EU Envoy to Sputnik: EU Gradually Realizing Futility of Sanctions Policy
In December 2016, the Russian envoy to the European Union, Vladimir Chizhov, said that the bloc would start reconsidering sanctions against Russia over Moscow's alleged involvement in the Ukrainian conflict, if the new US administration softened the country's anti-Russian stance.

Election of Donald Trump as the US president in November 2016 opened new prospects of US-Russian relations as he has repeatedly said Washington and Moscow needed to normalize the relations and work closer together on a number of issues.

A number of European political groups do not agree with Brussels' general line of the sanctions policy toward Russia. Thus, in April 2016, the French National Assembly approved a resolution calling on the government to lift the sanctions. Several Italian and Belgian regional councils have also approved similar resolutions.