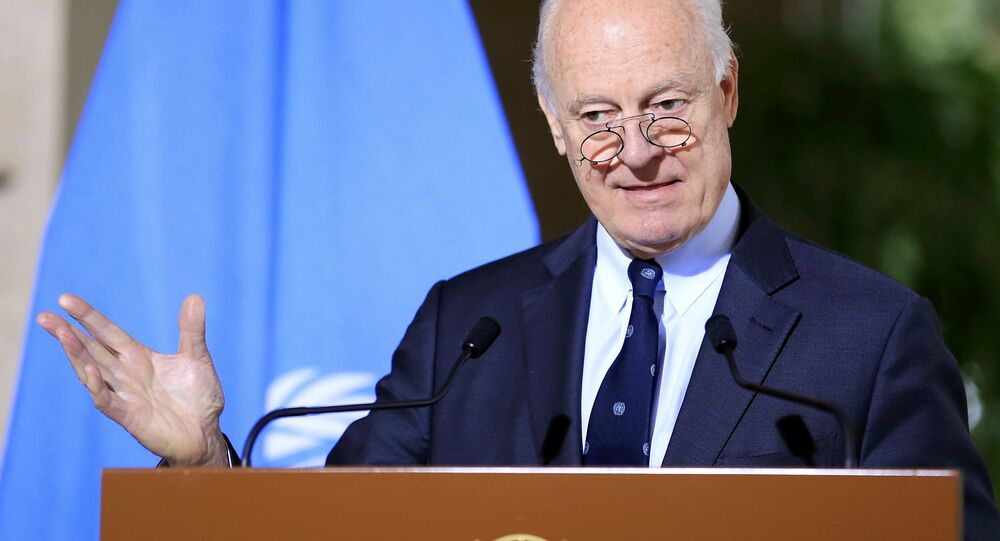 MOSCOW (Sputnik) — Earlier, Staffan de Mistura, a UN envoy for Syria, postponed the next round of the Geneva talks to "give a chance to this Astana initiative to actually implement itself." The negotiations in Switzerland were expected to take place in early February. They are now said to be slated for February 20.

"We support the proposal of the UN secretary general's Special Envoy for Syria Mr. de Mistura to resume intra-Syrian negotiations in Geneva under UN auspices on February 20," Zakharova told reporters.

During the Astana talks that took place on January 23-24 and brought together the representatives of the Syrian government and the armed opposition groups for the first time since the beginning of the Syrian war in 2011, the three guarantor countries (Russia, Iran and Turkey) have reached an agreement to create a trilateral commission to monitor breaches of the established ceasefire to minimize truce violations. On Monday, the task force will discuss the details of the mechanism and its implementation.