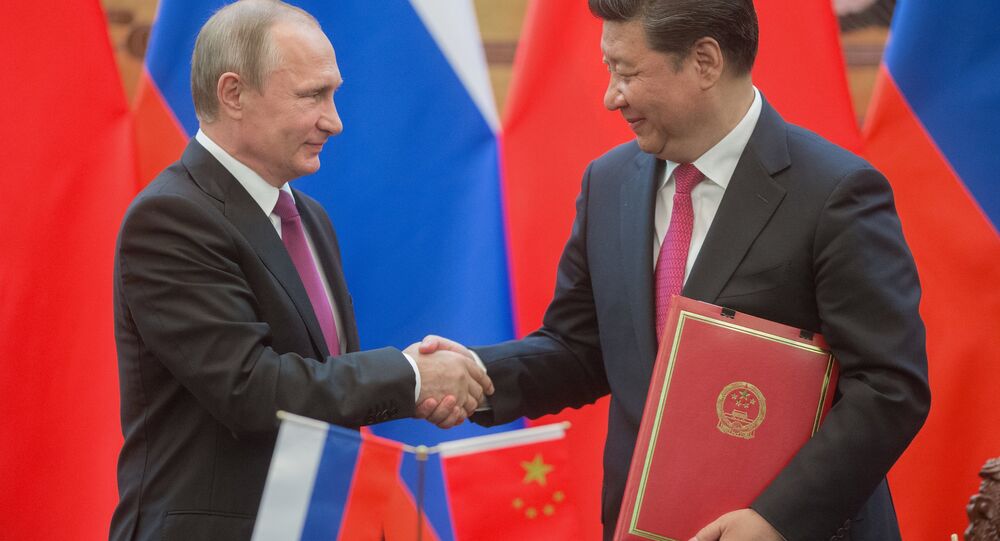 © AFP 2020 / Peter PARKS
Putin Points to Russia-China Relations as Example for Japan
BEIJING (Sputnik) — He also expressed readiness to continue work with Russia for the further development of bilateral relations.

Earlier this week, Russian Ambassador to China Andrei Denisov said Putin was expected to arrive in China on a working visit in May, taking part in the Silk Road summit, and Xi would come on an official visit to Russia in mid-2017.

Earlier, both Moscow and Beijing said that the relations with Moscow have reached a peak in their entire history.