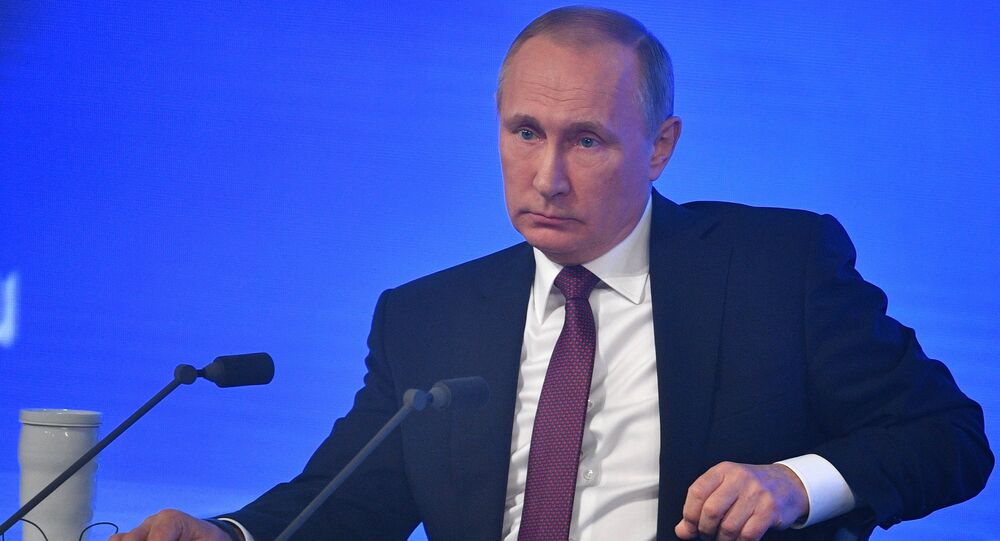 Russian Ambassador to China Andrei Denisov said that Vladimir Putin will likely participate in the Silk Road summit that is due to take place in Beijing in the middle of May.

© Photo : Pixabay
Europe Eyes Own 'Silk Road' Logistics Route, but Needs Chinese Money and Technologies
BEIJING (Sputnik) – Russian President Vladimir Putin will likely participate in the Silk Road summit that is due to take place in Beijing in the middle of May, Russian Ambassador to China Andrei Denisov said.

"Already in May, on May 14-15, an international high-level forum will take place in Beijing under the slogan ‘One Belt, One Road.’ And we expect that our president will come to that forum," Denisov said at a Thursday press conference.

Denisov also said that Putin will combine his participation in the Silk Road summit with a working visit to China.

"In what concerns May, the president of Russia, who confirmed his agreement to come here [to China] immediately after receiving an invitation from [Chinese President] Mr. Xi Jinping to take part in the ‘One Belt, One Road’ forum, plans to take part in discussions on the agenda and to prepare for a bilateral working visit and talks with President Xi Jinping. We are talking about both the participation in the summit and the bilateral visit," Denisov said at a press conference.

In 2013, the Chinese president proposed the construction of a new Silk Road, comprising the land-based Silk Road Economic Belt (SREB) and Maritime Silk Road, to facilitate the direct flow of goods from the Pacific Ocean to the Baltic Sea. The project is intended to connect China with Europe and strengthen economic ties between Asia, Europe and the Gulf states.