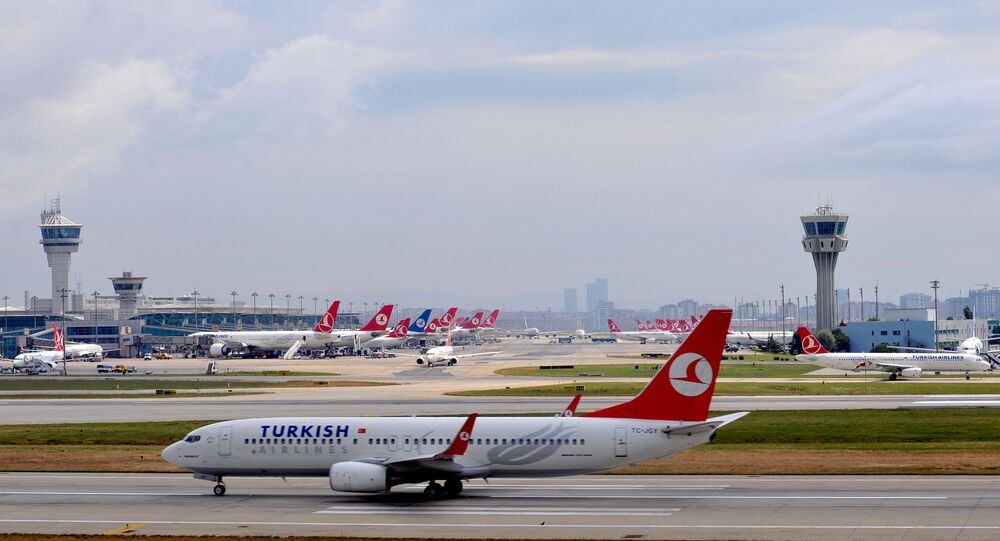 Russia reinstated visa regime with Turkey after a Turkish fighter jet downed a Russian bomber near the Syrian border in November 2015. The attack soured relations between Moscow and Ankara for months. They started improving after the Turkish president apologized in a letter in late June.

"We plan on February 9 to hold detailed consultations with Turkey on consular affairs. One of the key issues will be the facilitation of the visa regime for certain categories of Turkish citizens… I mean first of all entrepreneurs," the Russian Foreign Ministry's Fourth European Department Director Alexander Botsan-Kharchenko said.

© REUTERS / Revolutionary Forces of Syria Media Office
Turkey 'Has Own Specific Tasks in Syria' Besides Fight Against Daesh - Russian Diplomat
He also said that Moscow hopes that a meeting of the Russia-Turkey high-level cooperation council led by the countries’ presidents will take place in the near future, the sides will discuss the issues such as Syria, the Turkish Stream pipeline and the Akkuyu Nuclear Power Plant.

The last meeting of the council took place in December 2014.

According to the official, foreign policy cooperation, including coordination in Syria, will be one of the topics for discussion at the meeting, but bilateral issues will too be touched upon.

"First of all, this this the prospects of implementation of large-scale strategic projects such as Akkuyu and the Turkish Stream," he added.