Syrian armed opposition will not participate in the Geneva round of the intra-Syrian talks until their demands are met, namely, ceasefire guarantees, the release of political prisoners and the lifting of the siege of several settlements by Bashar Assad's regime, according to the head of the Syrian armed opposition delegation to the Astana talks.

© AFP 2019 / Kirill KUDRYAVTSEV
Russia, Turkey and Iran Start Talks on Syria in Astana, Experts of UN, Jordan Participate
ANKARA (Sputnik) — Syrian opposition will refuse to participate in talks on the Syria crisis settlement in Geneva, scheduled for February 20, if its demands made during the Astana negotiations are not fulfilled, Mohammed Alloush, the head of the Syrian armed opposition delegation to the Astana talks, said Monday.

"We will not go to Geneva until our demands are met, namely, guarantees of truce, release of political prisoners and the lifting of the siege of several settlements by [Syrian President Bashar] Assad's regime," Alloush said in an interview with Anadolu news agency.

He stressed that after talks in Astana, the Syrian opposition met with representatives of the countries-guarantors to discuss the requirements necessary for establishing truce, and received certain promises related to the issue.

"In particular, we were promised that regime forces will not enter Barada valley and East Ghouta, and no opposition group will be attacked, though these promises have not been fulfilled," Alloush said. 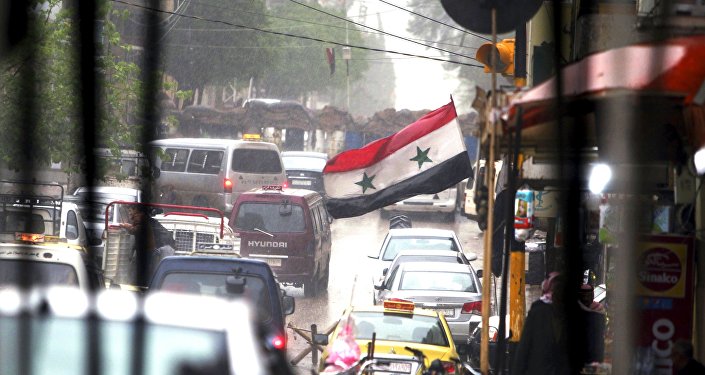 © REUTERS / Key words:
Moscow Hopes Draft Syrian Constitution to Be Discussed at Geneva Talks
He added that the opposition's demands would be discussed at the international technical meeting on Syria, which began earlier on Monday in Astana, with the participation of experts from Russia, Iran, Turkey, Jordan and UN.

"The Syrian opposition made open and specific requirements. We participated in negotiations with the countries-guarantors in Astana and received a number of promises. Now we demand them to be fulfilled," Alloush said.

Talks on Syria's crisis settlement took place in Kazakhstan’s capital Astana on January 23-24, bringing together the representatives of the Syrian government and the armed opposition groups for the first time since the beginning of the Syrian war in 2011.

The next round of UN-mediated talks in Geneva was expected to take place on February 8, but has been postponed until late February.

UNSC Admits Importance of Astana Talks on Syria, Looks Forward to Geneva Round