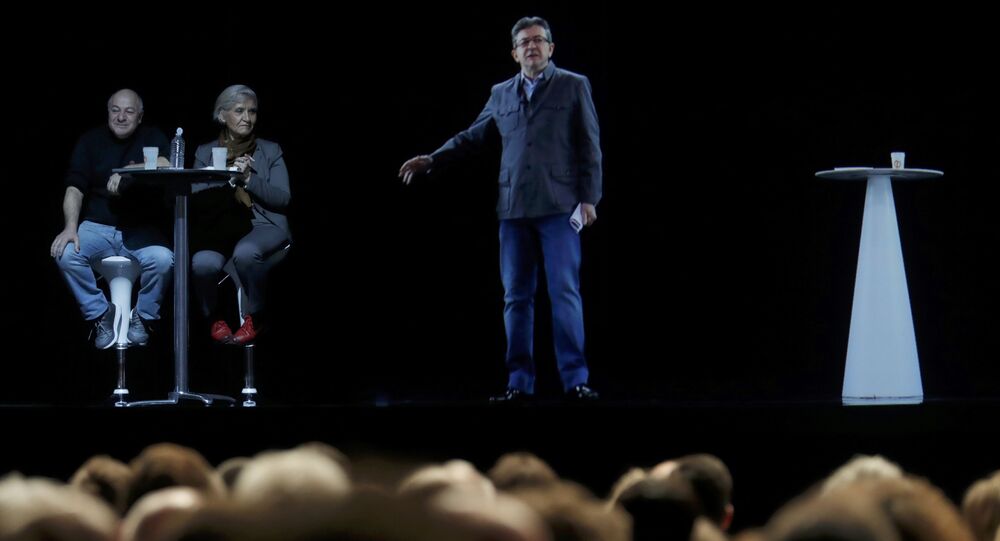 MOSCOW (Sputnik) — Moscow should be considered as a partner of Paris, not as an adversary, left-wing presidential candidate Jean-Luc Melenchon said Sunday.

"We do not want to go to war with Russia. The Russians are our partners," Melenchon said, as quoted by Le Figaro newspaper.

© Sputnik / Mikhail Klimentiev
'Russian Card' in French Presidential Run is Not About Russia, Actually
According to the organizers of the rally, cited by the newspaper, about 12,000 came to see the candidate live in the French city of Lyon and 6,000 are watching his hologram speak in Aubervilliers, a suburb of the French capital.

Another French presidential candidate, Marine Le Pen, is also at this moment holding a rally in Lyon.

While far-right Le Pen is one of the pollsters' favorites, the French left has not fared well in the recent surveys but an alliance between Melenchon and Benoit Hamon, a candidate from the Socialist party, could be seen favorably by the left supporters.