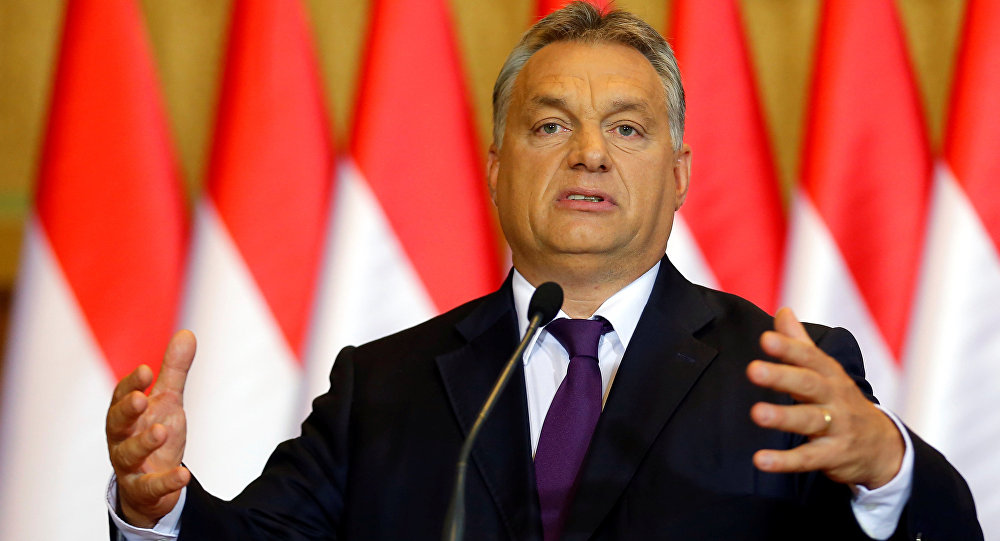 According to the Hungarian prime minister, the anti-Russian sanctions resulted in a $6.5 billion loss in the Hungarian-Russian turnover

© Flickr / David Magyar
Hungary Lost $6.5Bln Because of Anti-Russian Sanctions
BUDAPEST (Sputnik) — The turnover between Russia and Hungary suffered significant losses due to the anti-Russian sanctions imposed by the European Union, dropping by some $6.5 billion, Prime Minister of Hungary Viktor Orban said Thursday.

"I am saying it with a heavy heart that despite all our efforts, we, unfortunately, have lost a lot in the trade turnover between our countries… Our economies suffered the damage of $6.5 billion," Orban said after a meeting with Russian President Vladimir Putin.

He noted that anti-Russian policy had become rather popular.

"We had to protect our economic relations under these circumstances," he added.

According to the prime minister, political conflicts should not affect economic relations between countries as it only brings losses to all sides.

© Sputnik / Vladimir Fedorenko
End of Dialogue Between Russia, PACE Wrong Step – Hungarian FM
"Hungary continues to claim that non-economic issues could not be solved by economic means, one should not drag other conflicts into the economy area because it will be detrimental. That is why we hope that we will welcome in the near future new good relations between Russia and the European Union," Orban told a press conference after a meeting with Russian President Vladimir Putin.

At the same time, Russia and Hungary are initiating the contacts on gas supplies after 2021, Orban added.

"We thank Mr. President for the modification of our previous agreements for the supply of gas, and thus, the gas is guaranteed to us until 2021. And today we have taken the decision that we will ask our employees to begin negotiations on gas supplies after 2021," Orban said after meeting with Russian President Vladimir Putin.

Hungary is interested in supplies of the Russian gas through the Turkish Stream pipeline, Orban said.

"The Turkish Stream is interesting to us, we will be pleased to take part in it. If there is such an opportunity, we will use it," Orban told a press conference after a meeting with Russian President Vladimir Putin.