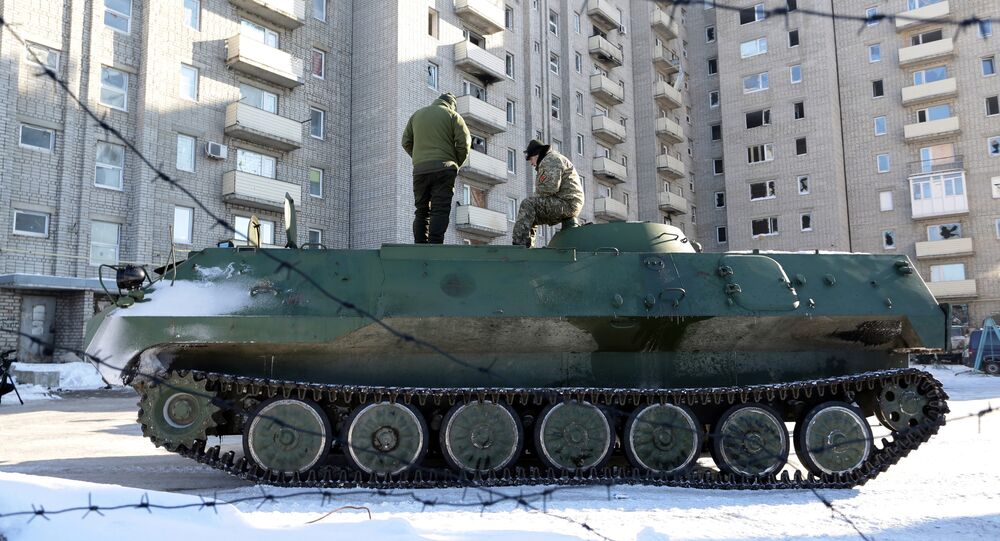 UK Ambassador to Ukraine Judith Gough on Tuesday called for immediate cessation of hostilities in the frontline town of Avdiivka to provide help to local residents following a recent flare-up of violence in the area.

© Sputnik / Igor Maslov
Kremlin Concerned Over Escalation of Violence in Donbass, Says Kiev's Aggression Derails Minsk Deal
KIEV (Sputnik) — Earlier in the day, spokesman for the Ukrainian Defense Ministry Alexander Motuzyanik claimed that three Ukrainian officers were killed and 24 were injured over the past 24 hours in the eastern Ukraine hostilities.

Also on Tuesday, Deputy Defense Minister of the self-proclaimed Donetsk People’s Republic (DPR) Eduard Basurin said at least six people had died, 13 others had been wounded as result of the Ukrainian Armed Forces' attacks on the DPR territory in the past 24 hours.

Ceasefire violations in the area resulted in water and power supply cut offs in Avdiivka.

In February 2015, Ukrainian authorities in Kiev and militias in eastern part of the country reached a ceasefire following the talks brokered by the leaders of Russia, France, Germany and Ukraine in Minsk, Belarus.