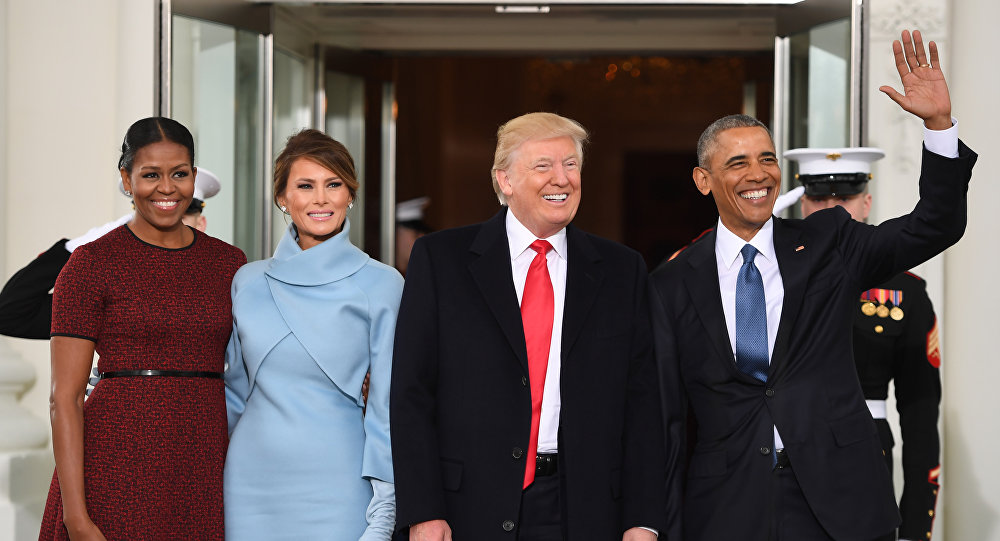 Former President Barack Obama is "heartened" by the recent demonstrations in opposition to President Trump's controversial executive order that Obama's spokesman said discriminates against people "because of their faith or religion."

On Friday, Trump ordered the detainment more than one-hundred passengers at US airports since they arrived from countries known to harbor high levels of terrorist activity. The move sparked rallies in the US and around the globe at airports with protesters saying #NoWallNoBan.

Trump defied the protester's concerns, noting that the ban was "a big part of my campaign."

In a statement on Sunday, Trump asserted that the executive order "is not a Muslim ban" in an attempt to quell his critics. But Obama didn't buy it. "With regard to comparisons to President Obama's foreign policy decisions, as we've heard before, the President fundamentally disagrees with the notion of discriminating against individuals because of their faith or religion," spokesman Kevin Lewis said. "Citizens exercising their Constitutional right to assemble, organize, and have their voice heard by their elected officials is exactly what we expect to see when American values are at stake," he noted.

The mixture of detainment and deportation for foreign nationals from countries including Yemen, Somalia, Syria, Iran, Sudan, Libya and Iraq, caused confusion among officials wanting to know the constitutionality of the executive order. Even though massive crowds swarmed to broadcast their displeasure, Trump awkwardly pointed out that "big problems are airports were caused by Delta computer outage," before identifying the contributions of protesters and "the tears of Senator [Chuck] Schumer" as playing a role in the issue.

The President continued that Department of Homeland Security Secretary John Kelly told him "all is going well with very few problems." Trump promised to unify America in his inaugural address but so far seems happy to play partisan politics by intentionally denouncing the protests, one of few acknowledgements aside from the paternalistic dictate to "study the world."