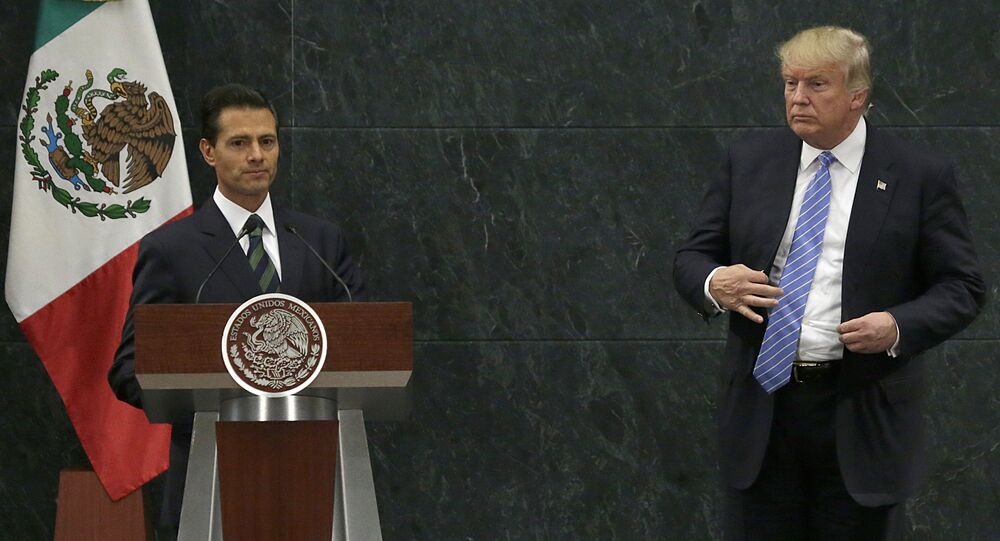 Mexican President Enrique Pena Nieto said Thursday his government had informed the White House that he would not be attending a meeting with US President Donald Trump after the latter threatened to cancel the talks.

The two leaders were supposed to meet on January, 31 to discuss the issues of trade and immigration.

"This morning, we have informed the White House that I would not attend a work meeting scheduled for next Tuesday with [Trump]. Mexico reiterates its willingness to work with the United States to reach an agreement which would benefit both countries," Pena Nieto said on Twitter.

Earlier today, President Trump said that if Mexico is not willing to pay for the border wall, then Mexican President Enrique Pena Nieto should cancel his scheduled trip to Washington, DC next week.

The U.S. has a 60 billion dollar trade deficit with Mexico. It has been a one-sided deal from the beginning of NAFTA with massive numbers…

of jobs and companies lost. If Mexico is unwilling to pay for the badly needed wall, then it would be better to cancel the upcoming meeting.

On Wednesday, Trump signed an executive order on constructing a wall on the US-Mexico border. The US leader said in a press conference that the wall would stop criminals from pouring into the United States and would disrupt drug cartels. Safe borders and economic cooperation, Trump added, would enhance US-Mexican relations to a degree not seen before.

© AP Photo / Juan Carlos Llorca
US Congress Moving Forward on $12-$15Bln for Mexico Border Wall - Ryan
During the 2016 election campaign, Trump said he would construct the wall on the border with Mexico to prevent undocumented immigrants from entering the United States.

At the same time, Mexican authorities have repeatedly said that the country will not pay for the wall and vowed to stop negotiations with Trump unless he gives up his plans on the wall's construction.