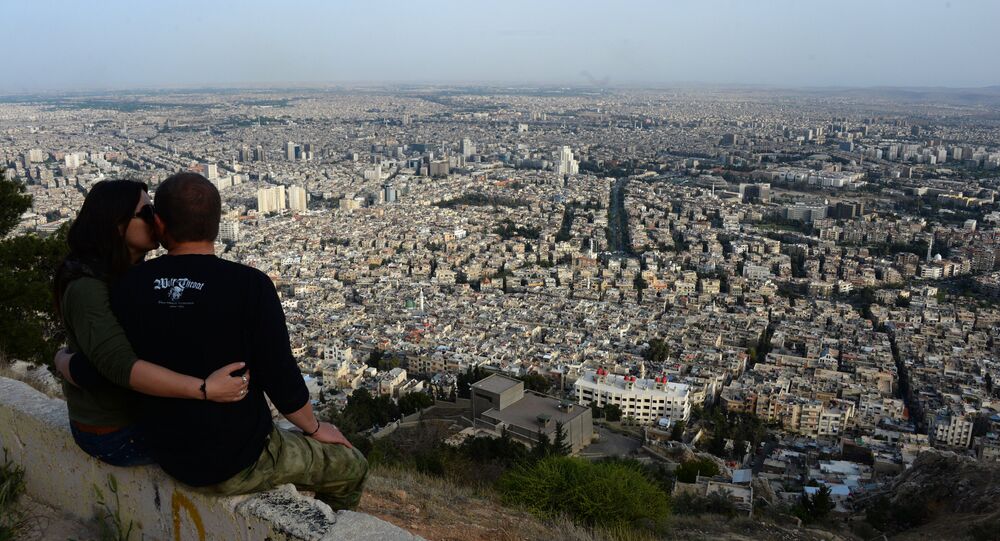 The Syrian people will both draft the new constitution of their country and will adopt it on their own, as it is their sovereign right, the chair of the Foreign Affairs Committee of the Russian upper house of parliament told Sputnik on Thursday.

MOSCOW (Sputnik) — According to the lawmaker, no one in Russia plans to force the Syrians to adopt the draft constitution proposed to them by Moscow.

"Syria's constitution will be created and accepted by the Syrian people themselves, it is their sovereign right. The task is not to do this important work on behalf of them, but to end a stalemate," Konstantin Kosachev said.

© Sputnik / Mikhail Voskresenskiy
Russian Proposals on Syrian Constitution Worth Discussing With Opposition - Moscow
Earlier in the week, the draft Syrian constitution, prepared by Russian experts, was presented to the Syrian opposition during the settlement talks in the capital of Kazakhstan. Head of the Russian delegation Alexander Lavrentyev underlined that Russia was not interfering in consideration of constitution and presented the draft to the opposition simply in order to accelerate the process.

At the same time, earlier on Thursday, Syrian opposition representative Osama Abu Zeid told Sputnik that the Syrian armed opposition refused to discuss the Russian proposal, because their main goal was to establish ceasefire in the country and the draft constitution had been prepared by a foreign power and could not be adopted.

Proposals on Syrian Constitution Worth Discussing With Opposition - Moscow