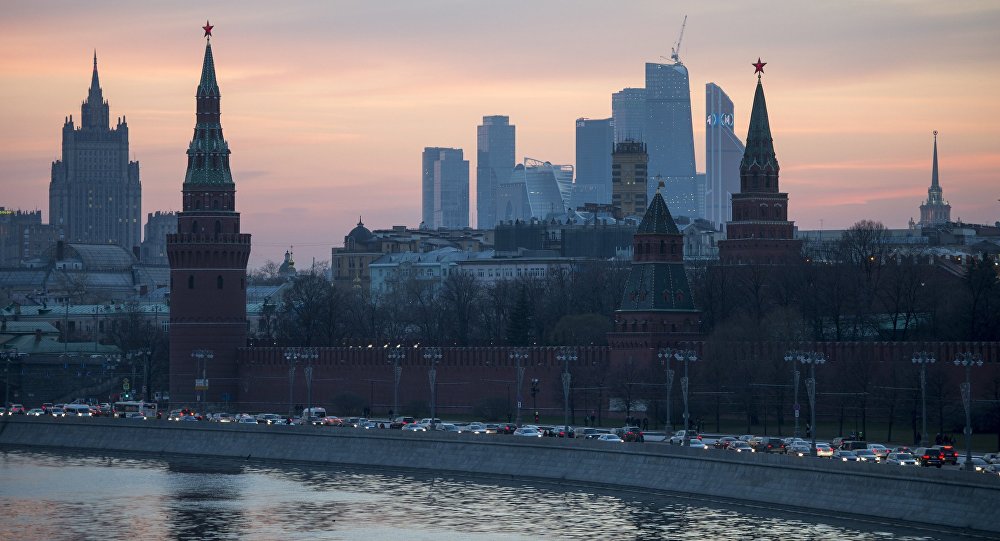 Trading Sanctions for Nuclear Arms Cuts? 'Russia's Security is Not for Sale'

Moscow does not intend to reduce its nuclear weapons arsenal in exchange for the United States removing some of the sanctions imposed on Russia, defense analyst Igor Korotchenko told Radio Sputnik, commenting on US President Donald Trump's remarks suggesting that the two issues could be linked.

"For Russia the issue of partial sanctions relief in exchange for concessions in the military and strategic area is absolutely unacceptable. Such an issue has not been on the agenda and will never be. We are not using our security as a bargaining chip," the analyst explained.

Last week, President Trump spoke in favor of cutting nuclear armaments "very substantially," adding that "nuclear weapons should be way down." He also indicated that he will try to negotiate "some good deals with Russia," offering sanctions relief in exchange.

© AFP 2019 / ALEXANDER NEMENOV
In Obama's Footsteps? Trump 'to Push Ahead With Russian Disarmament Agenda'
Korotchenko maintained that Russia and the United States could well discuss nuclear arms reduction, but emphasized that Washington will have to meet several conditions.

Firstly, the United States has to transfer all of its tactical nuclear weapons currently deployed to Europe back to the US soil, the analyst said, referring to the B61 tactical nuclear bombs stationed in Belgium, the Netherlands, Germany, Italy and Turkey. One of the primary thermonuclear weapons in the Pentagon's stockpile is currently undergoing a major upgrade. The B61-12 warhead life extension program (LEP) has already entered the production engineering phase, with production scheduled to begin in 2020.

Secondly, Washington needs to sign legally binding documents limiting its ability to develop its missile defense system by among other things decreasing the number of missile deployment areas in Europe and the Asia-Pacific region, the analyst said. Last year, the US and NATO put online an Aegis Ashore missile defense site in Deveselu, Romania. A similar facility is expected to become operational in Redzikowo, Poland in 2018.

Furthermore, nuclear arsenals of the United Kingdom and France should also be made part of the deal, the defense analyst asserted.

© AFP 2019 / PAUL J. RICHARDS
Here's How the Trump Presidency Will Play Out
"Until now we have only negotiated with Americans. Taking into account that Great Britain and France are Washington's closes allies and engage in joint nuclear planning, their potential must also be considered," he said.

Korotchenko maintained that if Washington meets these conditions, then the two countries could engage in a dialogue.

"Otherwise, the process of reducing our nuclear weapons will largely be detrimental to Russia's national security," he said.

Russia Ready to Move Toward Constructive Dialogue With US - Foreign Minister