Ahya al Aradi, advisor to the Syrian opposition delegation at the Astana talks, stated that the fate of Syrian President Bashar Assad is not on the agenda of Syrian talks in Astana.

ASTANA (Sputnik) — The fate of Syrian President Bashar Assad is not on the agenda of Syrian talks in Astana, being a separate issue, Ahya al Aradi, advisor to the Syrian opposition delegation, said in an interview with Current Time channel.

"The talks now are not concerning this issue. We are not fighting with government institutions, we are fighting one person… But we are fully committed to preserving institutions in Syria. But as for Bashar, it is a separate issue, " Aradi said.

Aradi noted that such institutions, like the army "which is killing people now, should be transformed into army which serves its people." 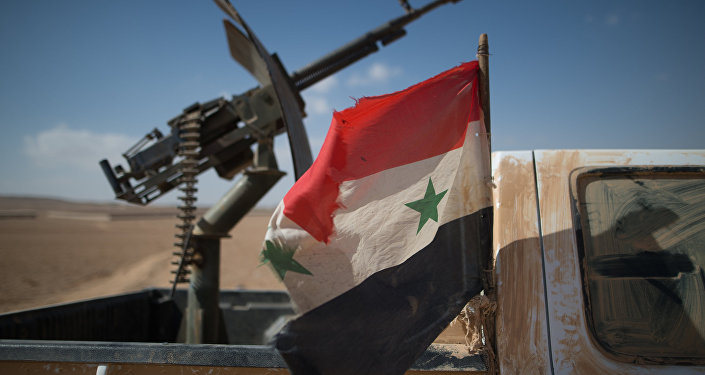 © Sputnik / Iliya Pitalev
Damascus Expects 'More Positive Action' From Washington on Path Toward Peace
Aradi also said that the Syrian opposition is ready both for direct and mediated talks with the delegation of the Syrian government.

"We will seat [at the negotiations table] if it will be needed, if not, we are ready to conduct negotiations through mediators in order to reach full ceasefire and stop bloodshed for these aims we are ready for lots," Aradi said.

He stressed that Russia was playing against time as it needed to reach solution, while Iranians could become "a part of the process or become a spoiler."