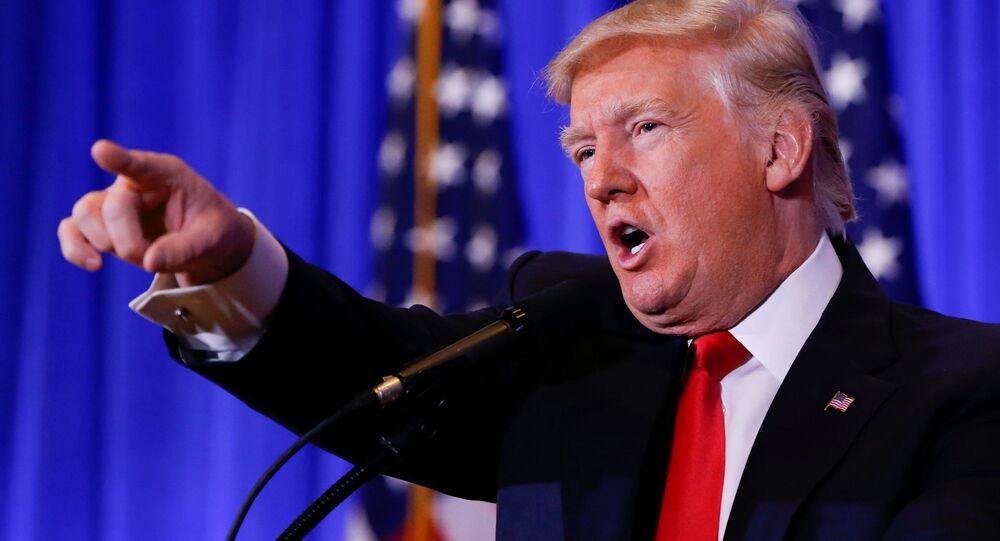 Assad: Trump's Steps to Fight Terrorism to Face Backlash From US Media

BEIRUT (Sputnik) — Incoming US President Donald Trump’s attempts to fight terrorism will be impeded by major US media outlets and different companies that have their own financial interest in doing so, Syrian President Bashar Assad said in an interview with the Japanese TBS TV channel.

"It’s very clear that the mainstream media, the different establishments, the different lobbies… they don’t need to see any change … So, it’s very clear today that they are going to put obstacles and to impede any direction of the policy of the new President regarding either fighting terrorism or respecting the sovereignty of other countries," Assad said, according to the interview script published by Sana News Agency on Friday.

© Flickr / awee_19
Putin-Trump A-Team: 'There is No Doubt Russia, US Will Fight Daesh Together'
The Syrian president added that the sides which did not support any changes in "the destructive policy of the United States" had financial interest in wars that Washington launched. The United States has been following this policy for 17 years since George W. Bush, he said.

The lobbies will also stand in the way of Trump’s establishing good relations with other countries, like Russia or China, Assad noted.

During the US election campaign Trump stated that fighting the Daesh terrorist group, outlawed in Russia, was one of his priority tasks. His statement related to carrying out higher surveillance of Muslim communities in the country, which in his opinion pose potential threat to the national security, has caused much criticism from the public and the media.

The United States has been involved in conducting military campaigns against Daesh in Iraq and Syria since 2014 and helps fight Taliban militants in Afghanistan.

Trump: US, Russia Could Fight Daesh Together