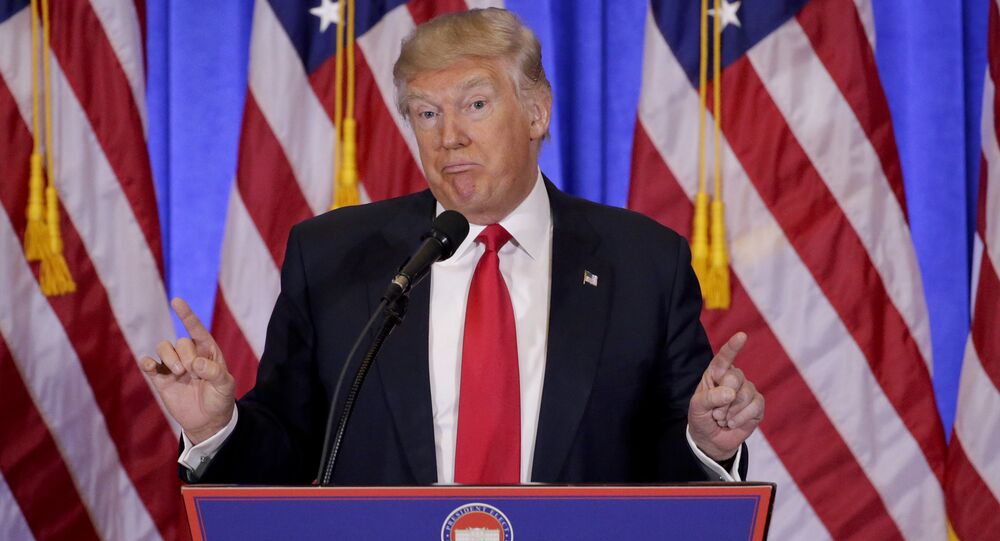 Europe should create the strategy to foster the relations with Washington, which deteriorated after EU politicians openly supported Hilary Clinton, Trump’s rival in election, otherwise the president-elect may seek revenge on European politicians, acccording to Czech lawmaker Tomas Zdechovsky.

On Sunday, Trump praised the decision of the United Kingdom to leave the European Union and promised to sign a new trade deal with Britain, which would mitigate the consequences of Brexit. NATO is not effective in terms of combating terrorism and needs to undergo reforms, Trump said in interviews to The Times and Bild.

"The position of Trump [towards the EU] should act as a challenge for us and the reason to team up, " Czech lawmaker Michaely Sojdrove told the news outlet.

The creation of a new EU defense fund for military procurement as a response to Trump’s plans to decrease the support of NATO members, will strengthen the geopolitical influence of the European Union, Pavel Svoboda, another Czech member of the European Parliament, told the news outlet.

The discussions on Europe's defense have become more active following the victory of Trump in the US presidential election. During the presidential race Trump repeatedly said that the United States should decrease the support of other NATO member states and protect only those members of the alliance, who "fulfil their obligations" to Washington.

On November 14, the European states agreed on a new plan on the EU security and defense, which excluded the creation of an EU army. According to the European Commission, the bloc is also set to allocate up to 90 million euros ($97 million) from its budget to defense research by 2020.

On November 30, the European Commission proposed the creation of a new defense fund for military procurement and collaborative research as part of a wider EU defense strategy.