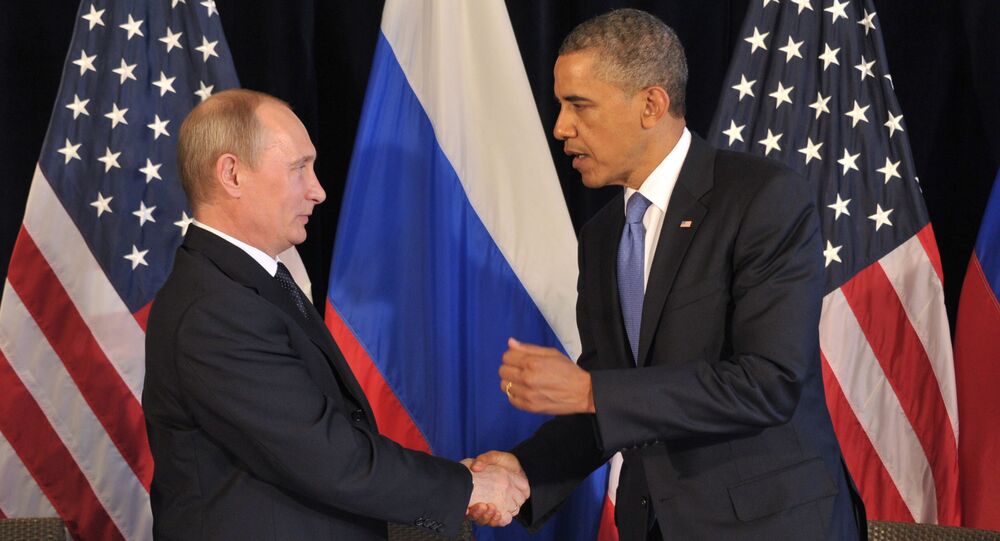 Putin, Obama Have No Plans for Contacts on Trump's Inauguration

There are no planned contacts between Russian President Vladimir Putin and outgoing US leader Barack Obama on the inauguration of US President-elect Donald Trump, according to Kremlin spokesman Dmitry Peskov.

MOSCOW (Sputnik) — Russian President Vladimir Putin and outgoing US leader Barack Obama have not agreed on any contacts on the forthcoming inauguration of US President-elect Donald Trump, Kremlin spokesman Dmitry Peskov said Thursday.

"No, no contacts have been planned yet," Peskov told reporters, answering a question about any planned contacts between Putin and Obama on the event.